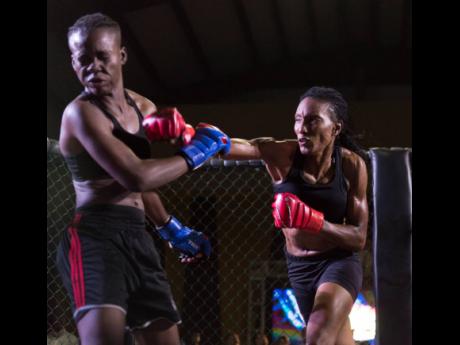 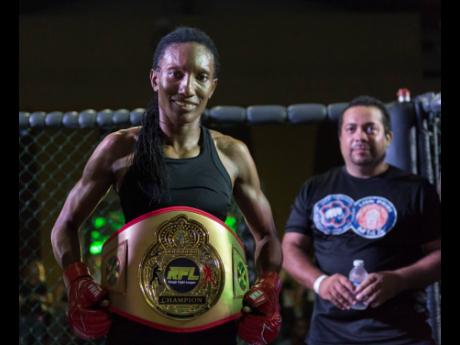 When many think of pioneers of female sports in Jamaica, Merlene Ottey, Veronica Campbell-Brown and Shelly-Ann Fraser-Pryce are a few names that come to mind, however, one less mentioned name is Lisa Frazer.

Frazer and her opponent Shanice Blake created history when they became the first women to contest a mixed martial arts (MMA) bout in Jamaica. This was an undercard match during the Rough Fight League fight night at the Douglas Orane Auditorium on March 9. Frazer defeated Blake with a second-round technical knockout to become Jamaica's first-ever female flyweight champion. This, however, is not the first 'first' for Frazer. Two years ago, she also captained Jamaica's senior women's rugby union team, the Lady Crocs, in their first ever appearance at the Hong Kong Sevens tournament.

"I was very excited about it, trust me," Frazer said. "I can't even find the words, but I was never nervous. I'm always out there performing, whatever sport it is.

"It was pretty much the same feeling for me when we debuted in Hong Kong. But I went into the fight knowing that she (Blake) had more experience in MMA than I do. She does jiu jitsu (another martial arts discipline) and I do boxing. So I told myself to make sure to defend against her tae kwon do attempts. So I did what worked for me in the cage. Felt her out and took it one step at a time. I didn't go in to lose, but didn't underestimate her."

Frazer, now 36 years old, was born and raised in Alexandria, St Ann. She describes herself as a 'tomboy' having grown up with six brothers. She played various sports including cricket, football and track and field. She attended Knockalva Technical High School in Hanover, and Aabuthnott Gallimore High School in St Ann. She says Merlene Ottey was her idol, growing up, and it led to her turning out for Aabuthnott as a road racer. "I remember in one race, the PE (physical education) teacher came and took off my number, saying I got a ride on a bicycle," she recalls. "It hurt me up to today, because I was a good distance runner and I even dreamt of representing Jamaica someday."

Frazer's career as a runner got derailed when she got pregnant at 14 years old. She was preparing for the ISSA Girls Championships when it happened. It led to her relocating to Montego Bay, and having her child at 15 years old. From there, she turned her attention to playing football and cricket for parish teams, before going on to join the Jamaica Defence Force in 2006.

"Being in the army gave me the opportunity to train and take part in all the sports that I love and did fairly well in. So I'm grateful for that, being here," she said.

Frazer has hung up her rugby boots and said she is now choosing to focus more on her MMA and boxing career. She also wants to convince younger girls, including former Lady Crocs teammates, to give MMA a chance.

"I hope that this will allow other females to step forward," she said. "Some said they would try it, but others said: 'No, mi nuh want nuh tump inna mi face,'" she laughed. "You shouldn't be afraid, it's like any other sport or walking, something can hit you same way. Learning the basics of this sport, the aim is to hit and not get hit."