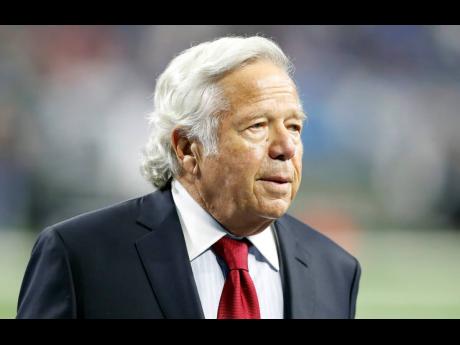 The attorneys representing New England Patriots owner Robert Kraft and other men charged in a Florida massage parlour prostitution investigation are asking a judge to block the release of video recordings police say shows them engaging in sexual acts.

They also say the prosecutors' conditions for the men entering a diversion programme in exchange for dropping misdemeanour charges of soliciting prostitution are too harsh.

Attorneys for Kraft and 14 of the other 24 men charged said in court documents filed this week that releasing the video taken secretly by police inside the Orchids of Asia Day spa during January would violate the state's public records law.

They said the videos should not be released because they are part of an ongoing investigation and have not been released to the defendants as part of the discovery process, where both sides exchange evidence for examination before trial. Under Florida law, most evidence collected in criminal cases is made public during discovery with some exceptions, such as confessions.

Kraft's attorneys and the Patriots have declined comment. The Palm Beach County State Attorney's Office declined comment on the video. The Associated Press is part of a media coalition trying to get evidence in the case released.