Stop relying on Messi! - Argentina coach calls for players to step up 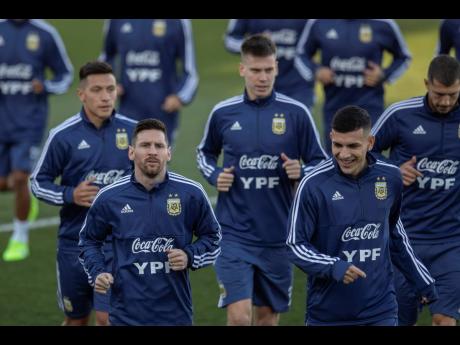 Argentina’s Lionel Messi (bottom left) and teammates during a training session in Madrid, Spain, on Monday. 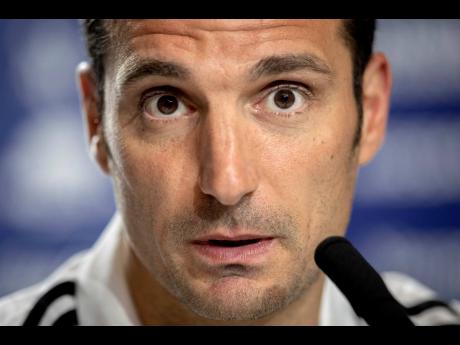 With Lionel Messi making his first start since the World Cup, Argentina coach Lionel Scaloni hopes the rest of the squad is ready to step up and reach another level.

Scaloni confirmed yesterday that Messi will be in the line-up for today’s friendly against Venezuela in Madrid, which will be his first match with the national team since its loss to France in the round of 16 of the FIFA World Cup in Russia.

The coach said he expects more from Messi’s teammates than from the star player himself.

“We hope Messi can bring the best out of his teammates,” Scaloni said. “We need them to give something extra so we can be a great team. We want them to realise that they are great players and that they need to step up so Argentina can return to the level that it once had in the past. It’s not Messi who has to step up.”

Argentina has a revamped squad, with several younger players who were not in the World Cup team.

“When we decided to bring him back, he knew it was a big change,” Scaloni said about Messi. “He hasn’t been with a lot of these players here.”

The coach said he still does not know how long he expects Messi to play today, and if he will play at all in Tuesday’s friendly against Morocco in Tangier.

“We will see what happens against Venezuela first,” Scaloni said.