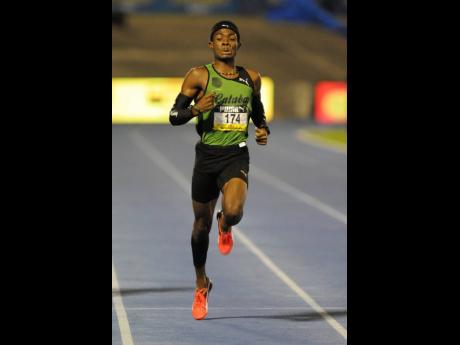 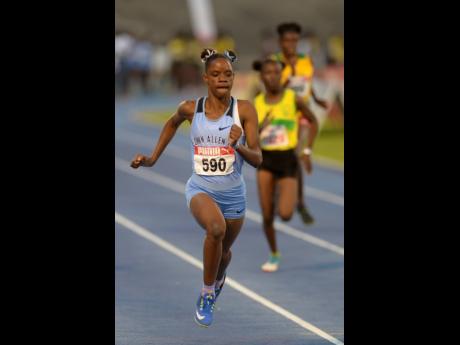 After months of preparation, the moment is finally here, as the country’s top high school athletes will go for glory over the next five days starting today with the 2019 ISSA/GraceKennedy Boys and Girls’ Athletics Championships getting under way at the National Stadium today.

Action starts at 1 p.m. with preliminary-round action in the Class One boys long jump and the girls Class Four 70m hurdles and will close at 9:25 p.m. with first-round action of the boys Open 2000m Steeplechase, on a day where there will be no finals.

Athletics fans have been treated to one of the fiercest ever build up to Champs, with defending girls champions Edwin Allen and boys title holders Calabar hoping to retain their titles.

The Michael Dyke-coached Edwin Allen team is determined to make it six wins in a row and seven overall among them and despite a few glitches this season, they are overwhelming favourites to come away with top honours once again. A year ago, they scored a 37 points win over Hydel High and despite losing out to their rivals in the Digicel Grand Prix finals, it will be a different affair at Champs, where they are well equipped to return the title to Frankfield.

Most interest here will surround second to fourth places, as many-time champions Holmwood Technical , Hydel and St Jago should have a battle royale here for the runner-up spot.

Things are pretty straight forward among the girls as far as the top spot in concerned, however, it’s a different story among the boys, where an extremely tight race is expected between Calabar and Kingston College (KC).

In 2017, Calabar held on by three points to turn back KC, who were then favourites, and the margin will be just as close between the top teams this time around.

The North Street-based team, under new lead coach, Leford Grant, has been having a great season and has been the most dominant male team this campaign. KC dominated at the Corporate Area Championships, Gibson McCook Relays and Digicel Grand Prix Finals, and after ending their 32 years drought for the Manning Cup title last year, the ‘Purples’ are desperate to end another streak and lift the Mortimer Geddes trophy for the first time since 2009.

However, Calabar have repeatedly shown their championships mettle and have made a habit of holding their cards close to their chest throughout the year, only to blow away the competition when it matters, at Champs.

With the championships expected to be a close one, the key to winning could be the team with the best management staff and here the Red Hills Road-based Calabar team has the edge.

The defending champions are extremely strong in Class One, while KC are superior in Class Three. What happens in Class Two and in the Open events will make the difference here. Other teams will also play spoilers and make a big impact on the final outcome but it’s left to be seen who will benefit more.

Jamaica College, which has been in the third spot over the past five seasons, do have a quality team but it will be difficult for them to finish on top and under new head coach, Neil Harrison, could be the biggest spoilers here and could help to decide the winner between KC and Calabar.

P.S: Most wins in events to decide Championships.