Lady Blue has slight edge on I Am Di One 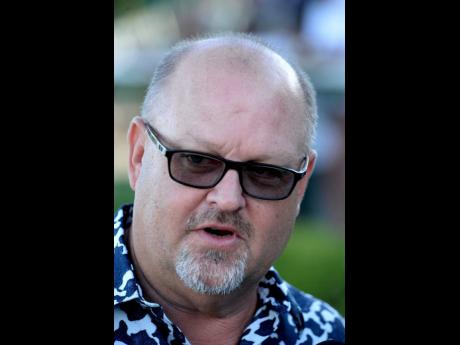 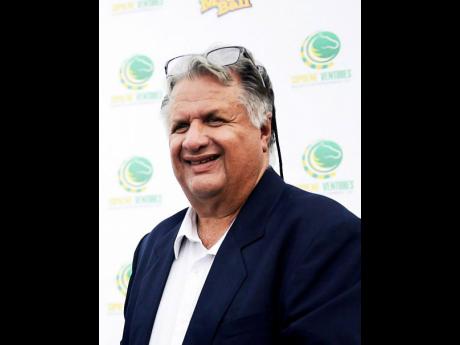 A WEEK after Wayne DaCosta's LADY BLUE virtually made all to stamp her class on PRINCESS AVA and fourth-place favourite, CORAZON, in the Thornbird Stakes Guineas Trial, their trainer, Anthony Nunes, didn't go back to the drawing board, he dug into his bag of endless three-year-olds and came up with I AM DI ONE, as if saying to his rival, "tricksy".

Barbadian jockey Simon Husbands enjoyed an armchair ride in the six-furlong maiden event for fillies, galloping past MYSTIC MAMA and BLACK RIVER off the turn and winning under a hand ride, save two backhand reminders a furlong, or so, out.

That performance, and subsequent workouts, especially Sunday's 1:13.0 for six furlongs, dismissing PRINCESS AVA (1:13.4), should have Nunes grinning ahead of Sunday's 1000 Guineas at a mile, considering I AM DI ONE's pedigree.

Bred to get Guineas distance, and farther, I AM DI ONE is sired by Adore The Gold, who has thrown the likes of PRINCESS POPSTAR, who won the Horse of the Year title as a two-year-old; ORPHEUS, who was awarded the Jamaica Derby after FUTURE KING's disqualification, and, last, but certainly not least, reigning Horse of the Year, WILL IN CHARGE.

On her dam side, I AM DI ONE was foaled by IT IS I, who won the 2008 Governor's Cup winner (yes, she had beaten the boys, running past DaCosta's COMMANDER ZERO a furlong out) after finishing second in the 1000 Guineas and Jamaica Oaks.

In contrast, the only classic-winning offspring LADY BLUE's sire, Blue Pepsi Lodge, has thrown is Nunes FAYROUZ, who beat a weak field to romp last year's Jamaica Oaks, not to mention her dam, Carlton Watson's little-known The Vibes Lady.

The seven-furlong gallops among the principals are good pointers with I AM DI ONE clocking 1:27.2 to PRINCESS AVA's 1:27.2 on Monday, April 1, whereas LADY BLUE clocked 1:28.2 last Saturday morning.

It will be a fast-run Guineas, which could play into the obvious stayer I AM DI ONE's hand, possibly even PRINCESS AVA, if her stablemate blows up in uncharted waters in an attempt to test the pace.

However, what LADY BLUE has going for her is that the one-mile Guineas normally favours the more experienced three-year-olds, especially those with pace and a little class to get them home, making up for the stamina required at two turns.

LADY BLUE's Thornbird Stakes performance, allowing PRINCESS AVA nine pounds in a two-length victory, four lengths clear a furlong out in a six-furlong split of 1:11.0, after ripping 23.3, 34.2, 46.0, most important, increased to 57.4, clocking a final time of 1:26.0, only a fifth slower than TOONA CILIATA's 1:25.4, beating colts and geldings in the Prince Consort Stakes, represents runs on the board, which I AM DI ONE will have to surpass.