‘Confident’ Waterhouse back in final 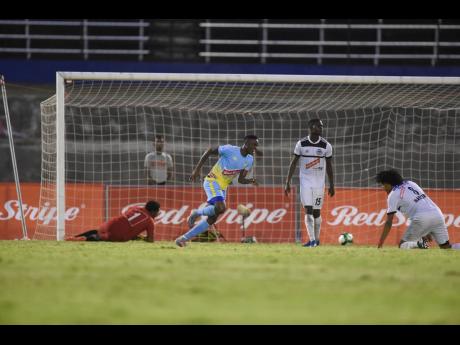 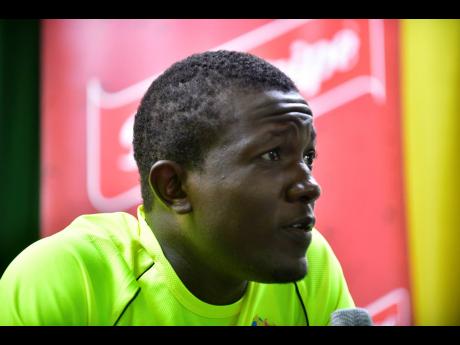 Keammar 'Dada' Daley netted the game's only goal as Waterhouse FC defeated Cavalier 1-0 in their second leg Red Stripe Premier League (RSPL) semi-final at the National Stadium last night. Waterhouse completed a 3-0 aggregate win, which put them in the final for the second successive season.

Daley's strike, just a minute into the second half, virtually put the tie to bed and assistant coach Daniel Bent said they are delighted to be in the final for a second straight season, and that they are motivated and confident they can go all the way this year.

"We are in the final yet again," he said. "We did the job today because the guys really wanted it, having lost the final last year, during the preseason, we were very hungry for it. We are very confident, whoever we play, this team has the experience and technical ability, and with the community behind us, we believe we can lift the trophy."

Needing at least two goals to keep themselves in the tie, Cavalier came out and threw everything at Waterhouse, but the Shawn Lawes and Nicholay Finlayson anchored defence held firm and gave away very little, despite a lot of huff and puff from the Rudolph Speid-coached team, who did create a few openings.

However, their best chance to pull a goal back in the first half fell to Alex Marshall just before the interval, after goalkeeper Diego Haughton spilled a cross and the ball dropped kindly to the ex-St George's College star, who lifted his effort just over the bar with the net gaping at him, much to the dismay of the Cavalier supporters.

Then barely two minutes after the interval, Waterhouse put more daylight between them and their opponents and all but assured their place in the decider. Out-of-favour national midfielder Daley beat St Michael Edwards with a low strike from the edge of the area.

The goal knocked the sting out of the Cavalier team and Waterhouse took the ascendency and dominated the game afterwards, looking the more likely to score, coming close with a few near misses.

Cavalier coach Rudolph Speid said had his team been more clinical in the first half, they could have made a better match of it.