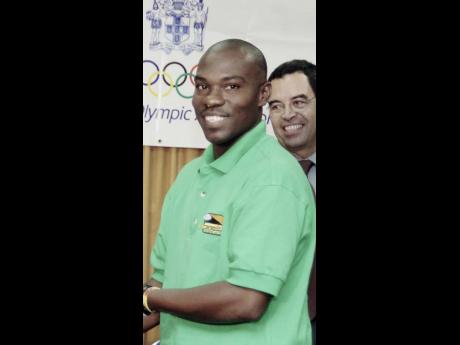 After seeing his Wolmer’s Girl’s Under-19 Volleyball team winning their 26th All-Island title with a 3-0 win over Knox College in the ISSA High School Girls Volleyball competition final at the GC Foster College of Physical Education and Sport last Wednesday, winning coach Oneil Ebanks said that there was no magic formula for his team’s continued success at this level.

“I am really elated for my team winning another title,” he said. “Over the years, we’ve had a legacy and they continued in doing this. We lost eight players from last year’s winning team, and I am really happy for them. There is no magic formula at Wolmer’s Girls and there are no secrets as they just do the basic things over the years, and do them well. This will not change,” Ebanks said.

After winning the first set 25-20, the champions were pushed to the limit in the second set before prevailing 25-23, before a convincing 25-11 win in the final set.

Following their recent Under-15 success, Oracabessa High were crowned new champions in the Boy’s Under-19 competition after defeating Corporate Area champions Camperdown High School in three sets after winning 25-20, 25-18, and 25-20. They advanced to the final after stopping Wolmer’s Boys 3-0 in the semis, while Camperdown had a 3-1 success over Mannings. Defending champions St Jago did not make it to this stage of the competition.

ISSA volleyball competition organiser, Collette Feurtado-Pryce, principal of St Jago, was pleased with the success of the competition this year.

“It was a very successful staging of the competition this year and kudos to the coaches,” she said. “There has been a marked improvement with the teams. Well done to Wolmer’s Girls. They were just awesome, and to new male champion, Oracabessa. The large cheering Oracabessa fans brought a lot of vibes inside the GC Foster College gymnasium, and this was really a high point for me. Hopefully, volleyball among the schools can now get more recognition like other major school sports.”