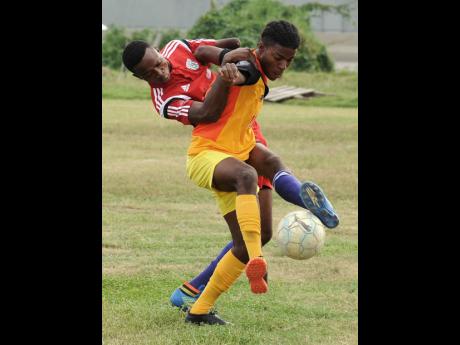 With hopes dangling ahead of their final round fixtures, Olympic Gardens and Cooreville Gardens cooled their nerves with crucial wins in the weekend's last set of preliminary matches, to confirm their placing in the quarter-final round of the Magnum JN KSAFA Major League.

Both clubs started the round on 15 points apiece and in joint fourth place, one point less than Police National (16 points), who had been among the Zone A leaders for much of the competition.

However, Olympic Gardens went up against Police National and did not only themselves, but also Cooreville Gardens, a huge favour when they edged the match 1-0 to secure all three points.

Victory lifted Olympic Gardens, the former Premier League campaigners who are under instructions from the man who was their stalwart back in the day, Ian 'Pepe' Goodison, to 18 points.

Meanwhile, high-flying Liguanea United FC still emerged winners of Zone B, despite suffering their second loss of the season, a 2-1 defeat at the hands of second-place Bull Bay. Liguanea United finished with 28 points, built around a league-leading nine victories. Bull Bay were recording their seventh win of the campaign, one facilitated by goals from Jonoy Cunningham and Keanu Barrett. The victory pushed their tally to 25 points, four more than third-place New Kingston and Greenwich Town, which both ended on 21 points and well clear of fifth-place August Town (14).

Quarter-final matches in the Magnum JN KSAFA Super and Major League competitions will begin this weekend.