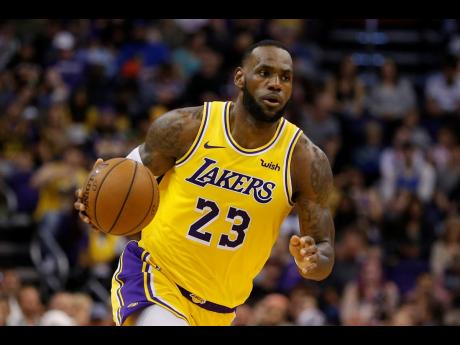 Though LeBron James did not make the play-offs in his first season in Los Angeles, his move to the Lakers paid off in jersey sales.

The NBA announced yesterday that James had the most popular individual jersey during the regular season and that the Lakers sold the most team merchandise. They knocked off Stephen Curry and the Golden State Warriors, who had been the most popular player and team for three consecutive seasons.

The top five players for jersey sales were James and Curry followed by Giannis Antetokounmpo at No. 3, Kyrie Irving at No. 4 and Joel Embiid at No. 5. Antetokounmpo and Embiid both reached their highest rankings. Dwyane Wade, who retired at the end of the season, concluded his career at No. 11.

The top five teams for merchandise sales were the Lakers, Golden State, Boston, Philadelphia, and Milwaukee.