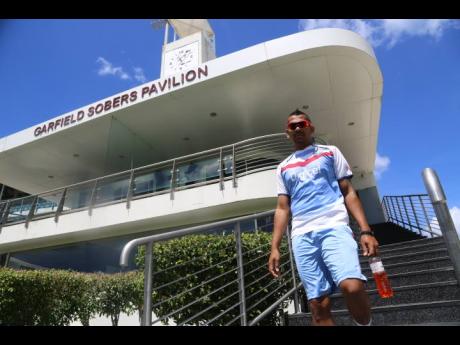 Off-spinner Sunil Narine has rued missing the ICC World Cup in England starting next month, but has not given up hope of returning to West Indies colours.

Selectors sounded out Narine's availability but a finger injury meant the 30-year-old was not considered for selection to the 15-man squad announced in Barbados on Wednesday.

"I would have loved to play in the World Cup. I have missed international cricket and I've missed representing West Indies. It's where my heart lies," Narine told noted cricket website, ESPNCricinfo.

"But I don't feel my finger is quite ready for ODI (one-day international) cricket. I can get through a T20 (Twenty20) where I bowl just four overs. But even that isn't easy and I need help from the physio.

"It's holding me back from playing international cricket. I wouldn't be able to do myself or the team justice. I don't think it would be right to go into such a big tournament carrying an injury that won't permit an increased workload and stress on the finger. The performances are fine, but I need to build up the required strength to go from four to 10 overs regularly."

Narine has taken 92 wickets from 65 ODIs but has not played in three years for varying reasons. He last represented The Windies in a T20 on the tour of England two years ago, but has since plied his trade on the global T20 circuit for various franchises.

He was one of several previously out-of-favour T20 stars to be considered under Cricket West Indies' revised selection policy, and said he was pleased with the new move by the governing body.

"I'm really happy that the selectors considered me. It shows they have faith in me," he explained.

"I haven't played international cricket for so long and this shows how much they want me to come back. It was good to have some conversations with them and I feel we're all on the same page going forward."