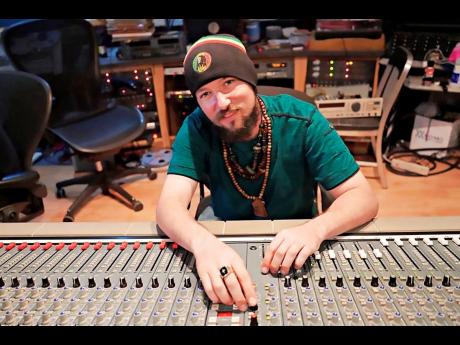 Reggae artiste Brandon The MessenJah recently released his new song Short Change, which he recorded with a live band straight out of San Francisco, California.

Brandon, alongside Tony Saunders, produced the track, and so far it has been receiving a tremendous feedback.

The accompanying music video has also been released and features captivating shots across Kingston, including the Waterhouse community where he currently resides.

Originally from California, the artiste has used his time in Jamaica to immerse himself and get a better understanding of the music and culture, while exploring other music styles.

"I write and produce many genres of music - reggae, world, jazz, rock, rap, Latin, EDM, soundtracks and anything else that inspires me to create," he said.

Spending much of his time working with renowned producer King Jammy, as well as Jon Jon, Brandon's mission is simply to help those who are suffering to heal through his music.

"My music is to bring awareness and wake people up to what reality really is and find a solution to bring justice. I have witnessed horrible things happening to the people in the past three years and that has inspired me to bring the change," he said.

Both tracks are expected to be included on an upcoming album, which he expressed, will be dropping soon.

He continuously expresses his gratitude to the people who have supported him and given his music a chance.

"It has been a blessing the way everything is coming together, from when I first started this mission and didn't know anyone in the business to working with some of the biggest people in reggae music," he said.