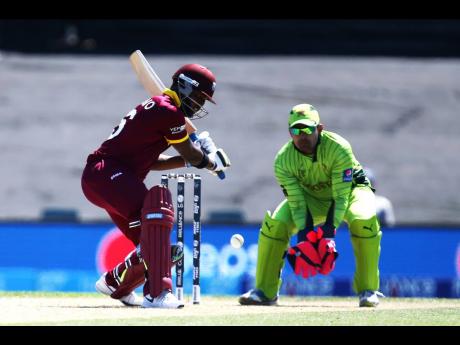 Veteran all-rounder Dwayne Bravo has confirmed his return to international cricket eight months after announcing his retirement and says he is already eyeing next year’s Twenty20 World Cup in Australia.

The 35-year-old said he had already spoken to new interim chairman of selectors Robert Haynes, along with recently elected Cricket West Indies president Ricky Skerritt, and would be making himself available for selection in the shortest format.

“We had a chat, we had a discussion. I haven’t come out of retirement officially like making a public announcement, but there is some truth to it,” Bravo said in a recent radio interview.

“If I was selected to go to the (50 overs) World Cup, I would have made myself available, but I have committed to Mr Skerritt and to the selectors and obviously, now, the fans will know that moving forward where T20s are concerned, I’m going to come back and play T20s for West Indies and try to contribute as much as I can as long as I am healthy.

“I give my commitment to play T20 for West Indies in, series to come, and I’m looking forward to the next T20 World Cup.”

Bravo, a former West Indies one-day captain, called time on his career last October, citing the need to “preserve my longevity as a professional cricketer”. He had been repeatedly overlooked by selectors and last represented West Indies three years ago in a T20 series against Pakistan in the United Arab Emirates.

The Trinidadian was sacked as ODI captain in 2014 after 19 months in charge and also dropped from the squad following his central role in a players play dispute with CWI, which led to the controversial abandoned tour of India earlier that year.

In a swipe at the last CWI administration, Bravo pointed out that his non-selection in recent years had been based purely on “petty politics from some immature individuals”, and said he was thrilled by the changes that took place at the CWI elections last March.

“Like I always tell people, I wasn’t playing for West Indies because I wasn’t good enough or because I don’t want to play,” Bravo explained.

“I wasn’t playing because of petty politics from some immature individuals, and I just had was to move on with my life and continue to play cricket around the world. But now those individuals are no longer involved in West Indies cricket, which I think is the best thing ever to happen. I think I still can contribute, especially in the shortest format of the game, which is T20.

“I think I have a lot to offer with experience and my skills, and I’m looking forward to if the opportunity comes to wear maroon again. I never thought it would have happened, but God don’t sleep.”