Boyz ready for US challenge – Ricketts 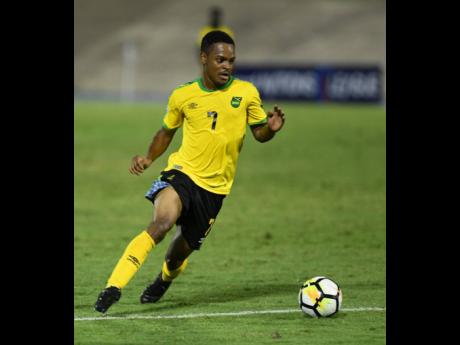 President of the Jamaica Football Federation (JFF) Michael Ricketts said the Reggae Boyz are expecting a very challenging encounter when they take on United States in their friendly international in Washington DC tomorrow.

The match will be the Jamaicans' final warm-up game before they head into the CONCACAF Gold Cup tournament, which begins on June 14. The Reggae Boyz are drawn in Group C for the tournament alongside Curacao, Honduras and El Salvador and will begin its journey in Jamaica on June 17, when they face Honduras at the National Stadium.

Ricketts told STAR Sports in an interview yesterday that the match presents a good opportunity for the Reggae Boyz coaching staff as they seek to finalise their final 23-man squad for the Gold Cup tournament.

"It is very important match because it is part of our Gold Cup preparations. We wanted a quality team and so we reached out to the US and said that they are happy to have this match", said Ricketts.

"It will give us a chance to look at some young players and so, hopefully, these young players will come through and be part of the 23-man squad for the Gold Cup," he said.

The JFF boss added that the Reggae Boyz have been to the last three Gold Cup finals and so the match presents a good opportunity for coaching staff to test readiness of some their players.

"We have been to the last three Gold Cup finals and so, hopefully, we can go a step further this time around by winning the tournament," Ricketts said.