Razz grounded by the love of cricket 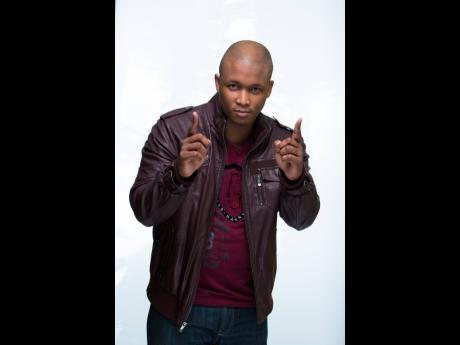 Known across Jamaica and the world for his electrifying music mixing skills and production, disc jockey Sean Cousley, more commonly known as 'Razz Attack,' and for his role in the duo 'Razz and Biggy,' began his climb to success as a teenager with a combination of determination, defiance and an unlikely aid, his love for the game of cricket.

Cousley remembers that as early as the first year at his alma mater, Kingston College, like many, he was bombarded with challenges to his ideals and values, but found the inner strength to persevere and excel, skills he now practices as an international act.

He explains that embodying these skills pulled him from a possible life of football to cricket.

"I actually wanted to play football, but after the first two weeks of the sport, I thought the coach was being unreasonable. He had us doing a lot of fitness training and no football, so I actually left after two weeks and I went to play cricket," he said.

He recollects that a firm family support, in the form of an elder sibling, his brother, who also played the sport for Kingston College, aided in propelling him to quickly switch from a ball and a goalpost to the bat and stumps, as well as gaining peace of mind.

This decision transcended years as the popular hitmaker's love for the game went with him throughout high school, where he proudly captained the school's under-14 cricket team; and even as a young adult, producing record wins while representing Jamaica both locally and internationally.

"I played for Jamaica under-19, I also played for Kingston Cricket Club, senior team and junior team... Kingston Wharves, I represented Jamaica in a six-a-side thing in Connecticut one year." Cousley said, fondly reminiscing his days as an athlete.

Razz Attack enjoys the rush of hitting a six, and bowling out his opponent, but his love for the game goes deeper... he believes every player should have an intimate intellectual relationship with the game.

"Cricket is about thinking, you have to be intelligent, you have to be planning... searching for your opponent's weaknesses and taking advantage of them. It's not just about running up and down, it takes a lot of planning, figuring out your opponent and getting him out".

Cousley no longer plays the game professionally, as he is now a renowned but the disc jockey, artiste, and producer who buoyantly graces stages across the Caribbean, North America and Europe, representing Jamaica now culturally in music. He though, fondly recalls sharing the pitch with cricketing greats such as Chris Gayle, Marlon Samuels, Jermaine Lawson, and Ricardo Powell during his era as an athlete.