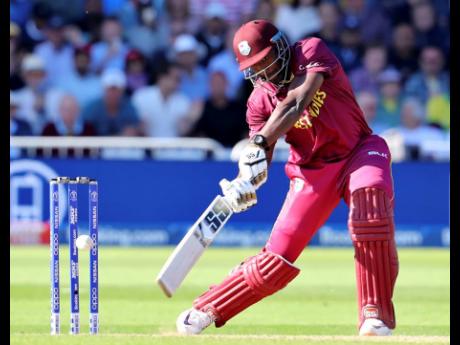 Injury-plagued all-rounder Andre Russell will be fit to face England in Friday’s crucial World Cup encounter at the Rose Bowl, despite missing the rain-abandoned match against South Africa on Monday.

West Indies head coach Floyd Reifer confirmed that Russell was left out of the clash with the Proteas as a “precautionary measure”, with the view of getting him in the best shape to face the tournament hosts.

“Andre will be fit enough for the game on Friday. The game against England is a big game for us,” said Reifer.

“We are looking forward to that game. Looking at the weather forecast [for Monday’s game], it was 90 per cent rain [in the forecast] and they had rain over the last couple of days here as well. So it is just a precautionary measure where we are kind of wrapping him in cotton wool.”

Russell has been bothered by a chronic knee problem in recent years which has limited his participation in the longer formats. He was picked primarily as a batting all-rounder for the World Cup but has had a major impact, bowling with pace and hostility in short spells against Pakistan and Australia.

He sent down eight overs against Australia and appeared in discomfort in the latter stages of that outing.

Opener Evin Lewis has also been bothered by injury and has played in just one game of the tournament. He suffered a blow to his hand ahead of the Windies opener against Pakistan and was ruled out of the fixture.

Even though he returned for the Australia clash last week, he subsequently missed the South Africa game after the injury resurfaced.

“Evin got struck on his hand in one of the practice sessions so he is still getting some pain, some severe pain from it as well,” Reifer explained.

“So he played the last game [against Australia], but he is still having some pain in his hand.”