Aiken not thinking about retirement 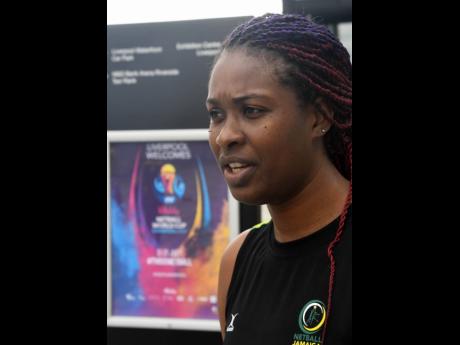 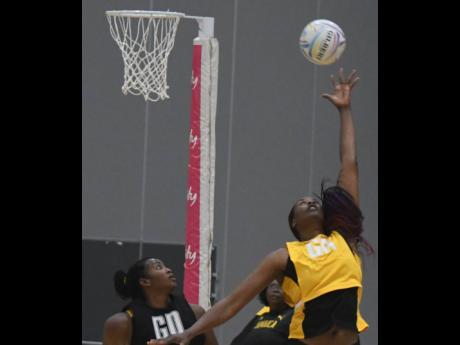 Despite suffering a serious knee injury earlier this year, Jamaica senior netball player Romelda Aiken says she has no plans to retire from the sport any time soon.

Aiken, who is attending her fourth Netball World Cup with the Sunshine Girls here, is just returning to action have been out of since the middle of May when she suffered a stress fracture to her right tibia after landing awkwardly. This was while representing the Queensland Firebirds in the Australian Suncorp Super Netball competition.

The 30-year-old Aiken, who is the most capped player on the Sunshine Girls team, told STAR Sports exclusively that she plans to continue playing the sport as long as possible.

"No, I am not going to retire because as long as my body is able to play, I am going to go out there and do my best and play good netball," she said.

"Netball is my life and this is what I enjoy doing, so I am going to continue to do my best whenever I step on the court for my country and club," she said.

However, the vastly experienced Aiken, who is regarded as one of the top goal shooters in the world, admitted that she is still not fully recovered from the injury.

"I haven't (gotten over it), it is more monitored," she said. "I had five weeks off from (Queensland) Birds and that has put me into a good stead and to play.

"I have been training really well, which is good, so I just want to go out there and play for my country."

Aiken, who hails from the parish of Clarendon, is the only member of the Sunshine Girls team that won a bronze medal at the Netball World Cup 12-years ago in Auckland, New Zealand who is still representing the country.

Aiken underlines that the Sunshine Girls, who are now ranked second in the world, are determined to end their medal drought this year.

"I think our chances are really high, and I am very confident in our girls to go out there and perform," Aiken said. "We have been playing very good netball over the past few years and we have managed to keep the same set of girls since the last World Championships, so we're in good stead."

Aiken said that despite their elevation in ranking, the Sunshine Girls remain grounded and focused on the task ahead.

"When we first found out that we moved up in the rankings, the coaches reminded us to stay humble and grounded, and to know that we are here to do our job and represent Jamaica really well," Aiken said.

"As always, a lot is expected of me, but I just come here to play netball and have fun with the girls playing netball."