Legends of T20 – Brought to you by (logo) Andre Russell 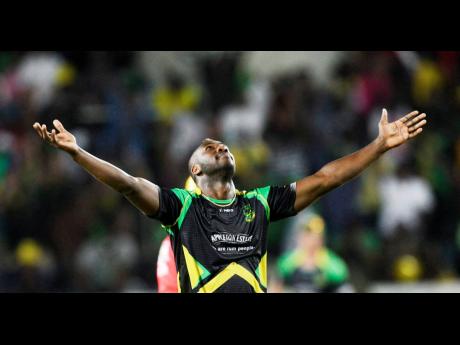 If Chris Gayle is the king of T20 cricket, Andre Russell is its crowned prince.

A powerful hitter, hostile fast bowler, and electric fielder, Russell is an impact player, a proven winner who has accumulated 4,966 runs, 270 wickets and 138 mostly brilliant catches in 301 T20 matches.

"His bowling was lightning, hitting incredibly frenetic, and fielding breath- taking. This was a player who would win a game with any of his three skills," ESPNCricinfo said in August 2018, while compared Russell to the mercurial West Indies great Learie Constantine.

Following a successful season with Worcestershire during the Friends for Life T20 in July 2013, Russell enjoyed a successful first season in the Caribbean Premier League (CPL) in August that year when he helped propel the Jamaica Tallawahs to their first title.

He would go on to win the Indian Premier League (IPL) title in 2014 with the Kolkata Knight Riders. In fact, it is the IPL where his performances border on the mythical, where the Jamaican all-rounder has the best batting strike rate in its history.

In 2016, he led the Comilla Victorians to the Bangladesh Premier League, the Sydney Thunder to the Big Bash League crown, and the Islamabad United to the Pakistan Super League trophy.

Russell, who won a second CPL title with the Tallawahs in 2016, is also a two-time ICC World T20 Cup winner with the West Indies. His talent and impact have caught the attention of the best cricketers in the world, who are in awe of his match-winning abilities.

Prior to the start of the 2015 CPL season, former New Zealand captain Daniel Vettori put Russell's abilities into clear perspective. "He has been one of the best and most reliable all-rounders in world cricket and T20 cricket. You'd be hard pressed to find a more dangerous batsman around," Vettori said.

"His bowling in the Caribbean can be a huge asset, coupled with the fact you can put him in the top three or four best fielders in the world, as well. It's a package that not many people can bring to that table, and that's why he's one of the best players going around."