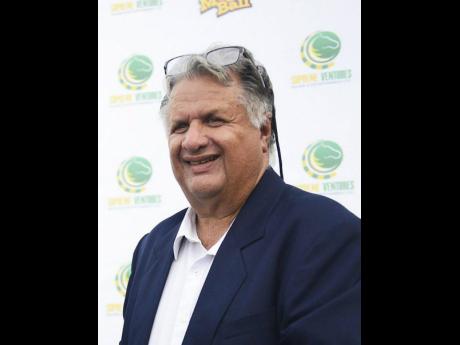 Trailing second-place Wayne DaCosta by just over $1m in the trainers' stakes race controlled by $17m runaway leader Anthony Nunes, Gary Subratie could overhaul or significantly narrow the gap on the soon-to-be-dethroned 18-time champion on Wednesday by saddling another two-timer on Wednesday.

Subratie is actually waging war on two fronts, trying to finish ahead of DaCosta for the first time ever in a trainers' battle, if even for second, while trying to hand his main owner, Michael Bernard, his first owners' title, ironically, a ding-dong tussle with DaCosta's Carlton Watson.

Saturday's unique two-timer, Subratie scoring victories with Sarah Barracuda siblings, two-year-old WOW WOW and three-year-old CRIMSON, lifted owner-breeder Bernard, who races his horses under the nom de plume, Michros, from third position to top of the pile on $10,201,550, a little under $300,000 past Watson, who had started the day leading derby-winner SUPREME SOUL's Chevan Maharaj by $359,900.

Subratie's desire to finish ahead of DaCosta will be one big ego-bruiser whichever way it goes. However, the owners' race could be just as toxic with Bernard hell-bent on claiming what he thought he was unjustifiably denied in 2012, losing on 'trophy value' to Richard Azan's crew, Elite Bloodstock, whose big horse, MARK MY WORD, won the Superstakes.

Believing he had won the owners' title, steadfastly following the published Jamaica Racing Commission statistics, especially after earning $800,000 on the final raceday with winners CITY FLIGHT and ALPHALETTA, Bernard's celebration was put on hold and afterwards denied via an announcement over the racetrack's public-address system on New Year's Day that he had lost by $49,000, according to promoter Caymanas Track Limited's records.

It turned out that Elite Bloodstock had won more trophy races than Bernard, silverware valuing $90,000, monies which are not tallied by the JRC, but instead CTL, which declares the year's category champions, a revelation that has had the Track and Pools form book sticking to the promoter's statistics since.

Subratie has been on a roll lately, firing off half-brother winners for Bernard on Saturday, which he hopes to follow-up with a double - SOUL CURE and MY SISTER - in Wednesday's sixth and seventh races, respectively.

SOUL CURE lost by a short head to Philip Feanny's CRYPTOCURRENCY on July 6 at five and a half furlongs, a photo finish which is still being debated. Reverting to five furlongs straight at which she was similarly caught by her stablemate, imported SHE'S AN INTROVERT, a race prior, SOUL CURE is well drawn at post-position nine and gets a firm nod to go all the way.

MY SISTER squares off with Feanny's MY SUPER GIRL and DaCosta's LOTTERY TICKET at five and a half furlongs in an open overnight allowance. MY SUPER GIRL is coming off a non-winners-of-four victory, fresh to the class, but packs speed.

LOTTERY TICKET, a run-on sprinter, ran a stinker at a mile among 11 rivals, finishing third-to-last in a race won by stablemate DYSFUNCTIONAL a week ago. However, LOTTERY TICKET had stormed home in her previous race, failing by a half-length to catch ZEPHYR in the Ahwhofah Trophy at six furlongs on June 1.

MY SISTER had no chance from post-position one at five furlongs straight in her last race, beaten by YAYA'S DREAM, DRUMMER BOY and SIR JHUNJHUN WALAH. Ignore her last two efforts, finishing behind stablemate HILLY'S HALO prior, and instead note her run behind UNCLE FRANK, even though LOTTERY TICKET was twice hindered in that race.

MY SISTER has leading rider Christopher Mamdeen riding at 110lb, sitting level with speedy MY SUPER GIRL, both of whom should separate themselves from the field. MY SISTER is a nagging front-runner and should prove stronger with enough left in the tank to stave off late-closing LOTTERY TICKET.