Under-23 journey to the Olympics starts today 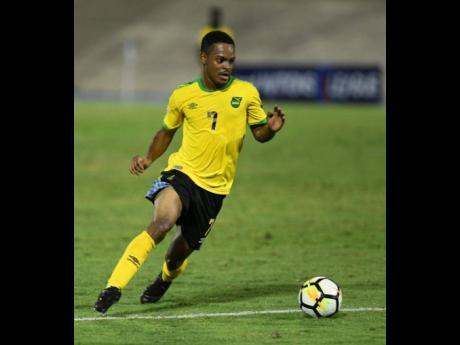 The Jamaica national U-23 men's football team will bow into action today at the Anthony Spaulding Sports Complex as they begin their campaign in the Caribbean phase of the Concacaf Olympic Qualifiers for next year's Olympics in Tokyo, Japan.

Leading the charge for the team will be former St. George College's standout player Alex Marshall, who has affirmed his team's chances of qualifying given the talent of the squad on hand.

"I think we have a very strong group and we know what we can do. We just have to go out there and work hard for each other," he stated. "Once we follow the coach's instructions, we should do well."

Not only will Marshall be important to the creativity of the team's attack, but he will also serve as the team's pivotal figure given he will be wearing the captain's armband. Since his international debut in August of 2017, Marshall's eight appearances for the senior Reggae Boyz mark him as one of the most experienced players in the squad.

Valuable experience that he hopes will to add to the team's chances.

"This is not the senior level but I have to go out there and play as how I usually play for the senior team," Marshall said. "I want to help my team as much as possible and add something to the game so, hopefully, we can come out victorious."

A highly anticipated feature of the tournament will be midfielder Kyle Butler, who will be playing in front of a Jamaican crowd for the first time in a competitive fixture. Despite the media attention around him, Butler maintains that he has earned his right to wear the Jamaican colours and is looking forward to the competition.

"I know there has been a lot of controversy in the past but I've looked past that and now I'm here with the team and I've earned my right to be here. We're all here and prepared well and I'm just going to work my best for the team so we can win." Butler explained. "Once I do that, individual quality will show. God is in control of everything so we just put it in His hands."

Having bagged three goals and two assists so far for his United Soccer League (USL) outfit Charleston Battery, former Clarendon College talisman Nicque Daley has also earned his call-up to the squad. An opportunity he plans to capitalise on.

"I just have to come here and give it my best shot. Coming out of high school and going into a pro league in the USL and then come back to the country just to prove myself, I want to give it my best at all times," Daley said. "That's my job as a centre forward. That's the main thing every time I go on the park, to always get a goal in my name."

The team will go into action today against Dominica at 6:30 p.m. before returning on Sunday to face St Kitts and Nevis.