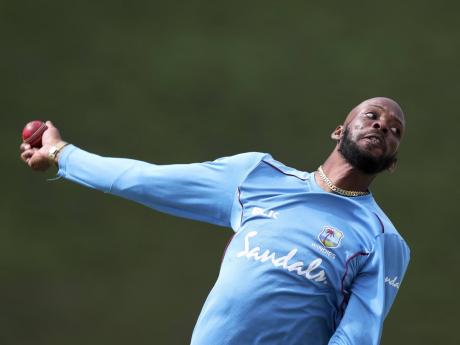 Captain Roston Chase has lamented the Windies A's batting woes after they crashed to a disappointing 148-run defeat to concede the five-match one-day series here to India A here Tuesday.

Set 296 to win at the Vivian Richards Cricket Stadium, Windies A folded for 147 in the 35th over with only number 10, Keemo Paul, with a top score of 34, and opener Sunil Ambris, 30, showing any enterprise.

In last Thursday's opener at Coolidge Cricket Ground, they collapsed to 125 all out in pursuit of 191, and were dismissed for 190 chasing 256 in Sunday's second match at the same venue.

"It's the same thing over and over again, the batting is not coming up to scratch," a dejected Chase said after Tuesday's last game.

"No one is really putting up their hand and getting that big score that can take us over the line."

All-rounder Raymon Reifer has been the only Windies player to notch a half-century, in what has been an indifferent display from the host side.

Perhaps the most disappointing performance came in Tuesday's defeat. For the first time in the series, Windies A got a decent start when Ambris and senior team opener John Campbell (21) put on 51 for the first wicket.

At 89 for two, the hosts still appeared in touch, but then suffered a dramatic collapse that saw seven wickets tumble for 28 runs in quick time.

"The pitch was a good one and they played well but I still thought that we bowled well in patches, so I didn't think it was too much of a [large] score," said Chase, who has made 24 runs from three innings.

"I just think the batting is not coming up to scratch. We have to find a way to get some runs. We had a decent start today, but then we just lost wickets in clusters."

The Windies will hope to rescue some pride when they face India A in the fourth match at Coolidge on Friday, and Chase said it was important the side remained focussed.

"We have to stay positive and confident. The series is over, but it is still good to play good cricket and see if we can at least win the last two games," he noted.

"I'm just actually hoping the batsmen can put up their hands, put their heads down, and come up with some numbers."