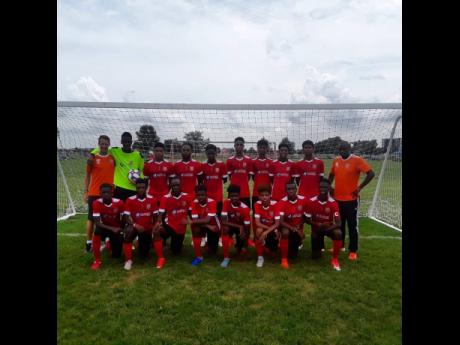 Campion College ISSA/Digicel Manning Cup team head coach, Eric Rademakers, feels his players have been making steady strides in their style of play. This is as they prepare for the upcoming season after their run at the Target USA Cup ended with a loss in the semi-finals last Saturday.

Rademakers felt that the experience gained was important for his team at this point in their pre-season preparations.

"It was great to be part of a great organised tournament with over 1,100 teams from over 80 countries all over the world," Rademakers said. "The high quality playing fields, playing in a stadium, and playing five matches in five days in different weather conditions are all things that have added an amazing value to the development of our players."

Playing five matches over the course of their campaign, Campion recorded four consecutive victories in the Under-19 Silver tier category on their way to the semi-finals. Drawn in Bracket C with Minnesota-based teams Lakes United and Sartell, and Mexican outfit Centro Universitario Mexico, Campion finished top of the group with a 5-4 win over Lakes United before seeing off Sartell and Centro Universitario 4-0 and 3-1 respectively.

In Friday's quarter-finals, the Campionites got by Blaine SC with a comprehensive 3-0 victory, but lost the services of their goalkeeper Derrick Bernard who went down injured. Undergoing a CT scan, it was diagnosed that Bernard suffered a mild concussion and coach Rademakers confirmed that the player will be sidelined for at least two weeks upon the doctor's recommendation.

Coach Rademakers believes his team gave a good account of themselves.

"We received praise from several tournament officials and college scouts based on our level of football, accompanied with the added culture we brought with us," he said. "We like to take pride in our passing game and the fields were immaculate, which allowed us to build up from the back. To share new experiences like that will create a closer bond between teammates, which will, hopefully, benefit us going into the Manning Cup season."

Campion were not the only Jamaican team to participate at the Target USA Cup, with Pembroke Hall FC taking part in the Under-19 Gold tier category. Like Campion, Pembroke Hall also finished atop their group, but they faltered in the quarter-finals after going down 1-0 to Minnesota-based team, Keliix Intra.