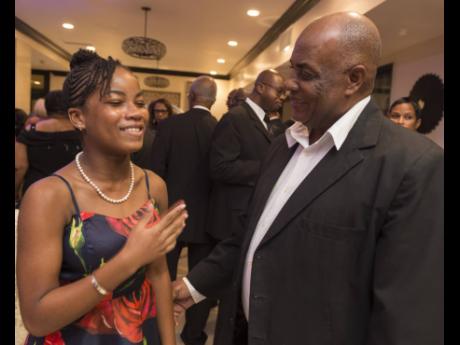 The Jamaican squad scheduled to go to the Caribbean Region Table Tennis Federation Caribbean mini-cadet (U-11) and pre-cadet (U-13) Table Tennis Championships could be without coach Sandra Reittie, who is in doubt of travelling with the team to as the association is struggling to acquire money to fund the trip.

According to Table Tennis Jamaica president Godfrey Lothian, the association has obtained approximately $2 million of the $3 million required to make the trip. However, Lothian said that they still have not secured sponsorship for the coach's travel expenses and accommodations, but that he is hoping to have her leave the island and join the team in Santo Domingo, the Dominica Republic on Tuesday before the competition starts on Wednesday.

"The national coach, we haven't found her airfare and accommodation, so we don't know. She will not be leaving tomorrow (today) morning at 8:45, so she is not leaving with the team and psychologically, that is bad for the team because she has been preparing the players over time. So that is the first blow. Jamaica does not have the money for her to leave yet, but we are trying a number of means to see if she can leave Tuesday. But nothing concrete has come through yet," he revealed.

Lothian admits that the situation could affect the psyche of the players but said that they were looking to do their best and bring home a few medals.

"When you have a lot of anxiety engulfing the a trip overseas in any sport, it does not augur well for smooth sailing or high performances. But the team is well-trained and organised, and ready to go, so if we can get the funding to send Sandra Reittie it will assist us and boost the morale of the team," he said.

Jamaica will look to strong performances from players such as Azizi Johnson, Tsenaye Lewis, Olivia Peterkin, and Matthew Fung. "These are regular international players and we are coming home with medals, so we are expecting these players to do well. We expect a few medals," he said.