Bale shows he can still contribute at Madrid 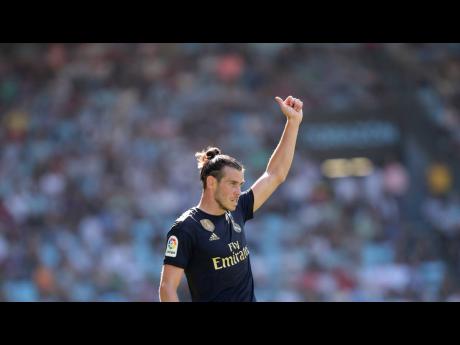 Just like that, Gareth Bale is part of the solution for Real Madrid again.

After only one game back as a starter, the player who wasn't wanted by coach Zinedine Zidane a few weeks ago showed he can still contribute to the team.

Zidane started Bale in the team's Spanish league opener on Saturday -- less than a month after saying his transfer would be good for everyone -- and got a positive response from the Wales forward in a 3-1 win over Celta Vigo.

Bale's good performance was a relief after Zidane and Madrid had struggled to find ways to deal with the forward following failed attempts to transfer him in the offseason.

"He is going to stay," Zidane said Saturday. "All the players we have now are focused on the season ahead. Bale and all the players want to stay and want to do their best to defend this jersey."

Bale had a great first half against Celta, setting up Karim Benzema's opening goal with a perfectly placed cross in the 12th minute. He nearly found the net himself a few moments later with a shot that prompted a good save by the opposing goalkeeper.

After being substituted by Francisco 'Isco' Alarcon towards the end of the second half, Bale was saluted by Zidane and his teammates on the bench.