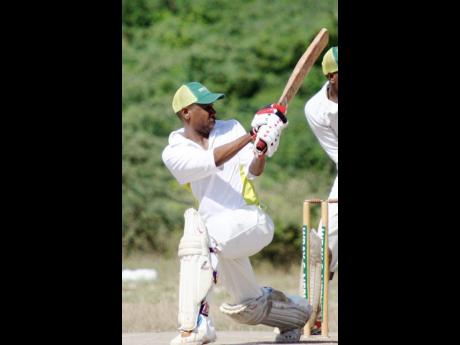 Former Jamaica opening batsman, Delroy Morgan, is singing high praises to the 2019 staging of the Social Development Commission (SDC) /Wray and Nephew National Community T20 competition ,which is in its final stages.

Morgan, who represented Jamaica at the regional level for two decades, says the collaborative initiative between the SDC and Wray and Nephew White Overproof Rum is bearing fruit at the grassroots level, and will ultimately lead to cricket in Jamaica only get better going forward.

"When you look at the crowds that are coming out to see these games, it is amazing, and this goes to show that cricket is not dead in Jamaica and the Caribbean," he said. "Once you have a good product, people will support it, and we must tip our hats and raise a toast to the SDC and Wray & Nephew for their master stroke partnership."

He added, "Back in the day, when cricket was being played on a Sunday, people would cook their dinner early and come out and watch a game. We are seeing that vibe come back into the cricket once again with this competition, as people travel from as far as St Thomas to St Ann and vice versa to support their home team. I am glad to be witnessing this resurgence of local cricket," the former cricketer shared.

On Sunday, August 25, a new champion will be crowned in the SDC/Wray & Nephew National Community T20 competition at the Noranda Port Rhoades Sports Complex in Discovery Bay St Ann. Orange Hill Cricket Club of Westmorland will take on Gayle Cricket Club out of St Mary, and Morgan, who was also a National cricket selector, says he is amazed at the amount of talent that the competition is producing.

Morgan, says the popularity of the SDC/Wray & Nephew National T20 & the newly introduced T10 Masters and Women's competitions will only get bigger and bigger as the years go by.

"I must applaud SDC and title sponsors Wray and Nephew for coming up with this new T10 format, as a lot of up and coming female talent is being exposed through this initiative," he said. "I know personally that one young lady will be travelling to India in the coming weeks to get further training and it is through competitions like this that our rising talent is getting the exposure."