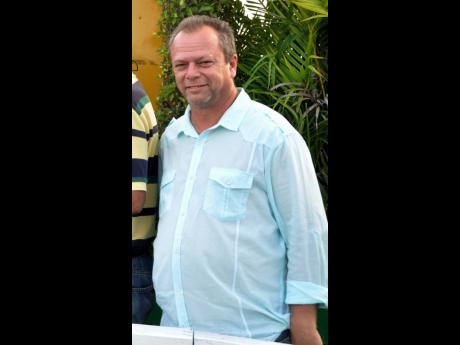 SATURDAY's ninth event, a sprint at five and a half furlongs, makes for an interesting race to unravel with 12 runners, a half of the field hailing from the top three barns, Gary Subratie sending out three starters, CASUAL DRINK, SOUL CURE and importee BOLD AFLAIR.

Outgunned by all-but-crowned Anthony Nunes and soon-to-be-dethroned 18-time champion Wayne DaCosta in the classics and top two classes, Subratie has been picking up valuable dough in restricted races such as Saturday's, which has kept him third in the trainers' standings, almost doubling fourth-place Patrick Lynch in stakes earned.

Though his three runners are all useful sprinters, Subratie's charges are facing dangerous horses from his nemeses' camps, plus Patrick Fong's seemingly back-to-form TOP SHELF, who sprang from under a rock at odds of 14-1 in the Tack Room Trophy three Saturdays ago.

Nunes' WESTERN WHEELS and PRINCE CHARLES both won their last races at five and a half furlongs on the same day in early May, non-winners-of-two events for the respective sexes. PRINCE CHARLES was, by far, the flashier, doing so in 1:07.3 to his stablemate's 1:08.3.

PRINCE CHARLES, in his three races since, has shown good quality, beaten twice by GOD OF LOVE, who recently put last year's Jamaica Two-Year-Old stakes winner, RUN THATCHER RUN, to the sword. Finishing third on his last outing, 11 lengths behind winner-before-declaration SPARKLE DIAMOND, can be regarded as an exercise gallop completed in 1:00.4, making PRINCE CHARLES the more dangerous of Nunes' pair, even more so with apprentice Daniel Satchell called in to ride at 110lb.

DaCosta's ROJORN DI PILOT, similar to PRINCE CHARLES, lost to GOD OF LOVE twice and was also slammed by SPARKLE DIAMOND, albeit in a different race, before watching from the rear, gaining at the end, as stablemate LADY BLUE outfinished TOP SHELF in his next race, the Tack Room Trophy at six and a half.

It should be noted that Omar Walker has been handed the ride at 115lb aboard ROJORN DI PILOT, replacing apprentice Raddesh Roman, who could have easily taken the weight down to 108lb, a critical seven pounds that DaCosta has opted to give up.

The issue of weight also begs the big question of why Subratie has kept Robert Halledden aboard BOLD AFLAIR at 126lb, while having five-pound claimer, leading rider Christopher Mamdeen, astride SOUL CURE at 115lb, whose weight he will just about make?

BOLD AFLAIR, in his last run with Halledeen at 126lb, carried the Tack Rook field almost to the furlong pole where TOP SHELF, with 117lb, headed him off but could not withstand the final surge of 1000 Guineas runner-up, LADY BLUE.

At 121lb, going a furlong shorter than the Tack Room, BOLD AFLAIR, the horse who has finished the closest to impressive SPARKLE DIAMOND in his three wins, would have been a cinch but has been asked to unnecessarily give weight all around, adding further mayhem to what could result in a collapsing pace, which would be beneficial to Philip Feanny's CRYPTOCURRENCY.

However, Subratie's show of confidence could be the key to unlocking the event. Note how he has fitted BOLD AFLAIR with a tongue tie, replacing the figure eight, which makes his intent clear, one jingle of a bell, as the railbirds would say.

Halledeen is a powerhouse rider, who likes to take races by the scruff of the neck and drive his mounts for all they are worth in the stretch run. BOLD AFLAIR has the speed to head off rivals before the half-mile comes up. It should be a matter of horse and rider stealing home with topweight ahead of the expected cavalry charge.