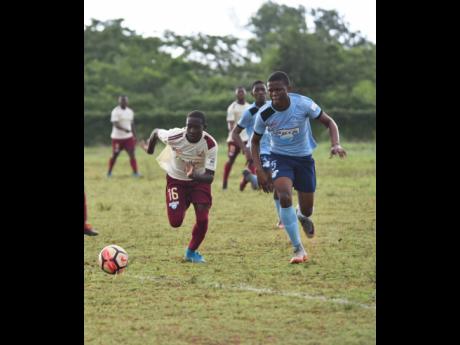 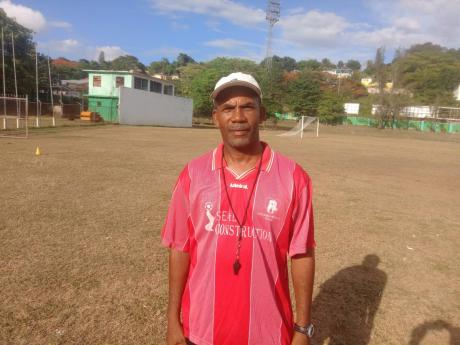 Newly appointed Herbert Morrison Technical High School interim head coach, Garfield Anderson said he is pleased with the response of his boys in such a short period of time after they defeated Spot Valley High School 4-2 in their Group C match of the ISSA/WATA DaCosta Cup at the Herbert Morrison Field on Wednesday.

"It's a team in transition, but I am very pleased with the performance," Anderson said. "We have to give credit to the youngsters who adapted and applied themselves well in a short time. We are just happy for the victory, but we know there is a lot of work to be done, so we just have to remain humble and continue to work.

"These are bright youngsters, but they are youngsters, so mistakes will be made. However, it's early days, so in time, we should be able to get everyone in shape and condition to be able to better compete."

Anderson, who said that he is officially the interim head coach, said it is more than a job for him, as he is a past student and wants the best for his alma mater.

"I'm just here to do a job, and that is to get the team to perform to the best of its ability," he said. "At the end of the day, my performance will speak for itself and the team's performance will solidify that. This is our school and this is where it all started for us, so being here is a joy."

Spot Valley head coach Delroy Delisser says despite being affected by influenza, his team could have performed much better.

"Illness is a part of life," he said. "We have about five persons in the team down with the flu. Some of them out there were sick and tried to give their all, however, I won't use that as an excuse. This is Spot Valley High and we have to represent at all times.

"I'm a bit disappointed, especially in the backline. We gave up four soft goals. These youngsters have to understand that when you get a chance to play, with the captain and other players out, you have to make use of it."