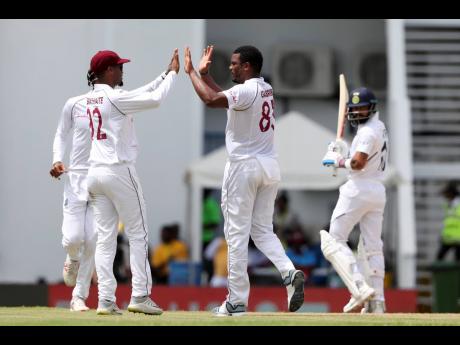 Independent assessors have cleared the bowling action of Windies vice-captain Kraigg Brathwaite for the second time in his career.

The 26-year-old Brathwaite, who bowls off-spin, had been reported for a suspected illegal bowling action during the second Test against India last month in Jamaica.

But the International Cricket Council, the sport's world governing body, confirmed yesterday that his bowling action "Has been found to be legal, and the player can continue bowling in international cricket".

Brathwaite underwent a bowling assessment on September 14 in the English city of Loughborough, where it was revealed that the amount of elbow extension for all his deliveries was within the 15-degree level of tolerance permitted.

Brathwaite has taken 18 wickets in 58 Tests with his part-time off-spin, including a remarkable spell of 6-29 against Sri Lanka in 2015 in Colombo.

Two years later, his action was reported after the first Test against England at Edgbaston, but another independent assessment at Loughborough less than a fortnight later found his action to be legitimate.