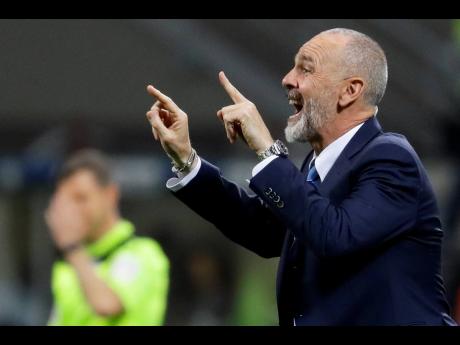 Stefano Pioli is banking on three principles of coaching to help him turn things around at AC Milan.

The 53-year-old Italian, who has previously coached city rival Inter Milan, was hired by AC Milan yesterday to replace the fired Marco Giampaolo.

"Ideas, intensity and unscrupulousness," said Pioli, who has agreed to a two-year contract with Milan. "There are difficulties but they will be overcome by hard work."

Pioli is Milan's ninth coach since Massimiliano Allegri was fired in January 2014. During that time, Milan has also had three different owners and a multitude of directors in a period of instability.

"We have to become a united team as soon as possible. My aim is to improve each and every player, to bring out their best," Pioli said. "I will work from the morning to night. I am very demanding with myself as I am with my players, I won't stand for lack of desire or ambition."

Pioli's appointment has not been well received by many Milan fans, who are unhappy with his strong links to Inter. Pioli coached Inter during the 2016-17 season but was fired after losing 10 of 27 matches. He then went on to coach Fiorentina but left the club in April after a slew of poor results.

Pioli has also never won a trophy in his 16-year managerial career, although he did lead Lazio into the Champions League play-offs.