Pulisic upbeat ahead of US, Cuba clash 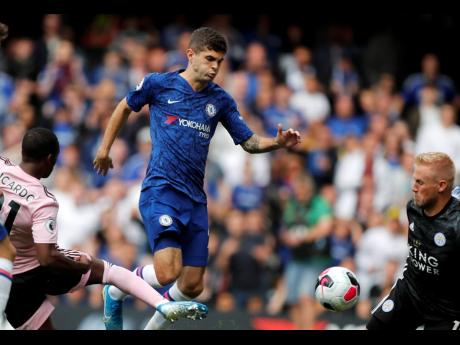 Christian Pulisic says he won't let his benching with Chelsea affect his play for the US national team as it prepares for a match against Cuba.

Pulisic said yesterday he feels "very confident" in his game and said his form is the best it's ever been, despite scant playing time of late.

The 21-year-old midfielder has been mostly a spectator in his first season in the Premier League, playing in just one league match since August -- a 10-minute stint on Sunday during which he contributed an assist.

Pulisic has previously voiced frustration with his playing time under Chelsea manager Frank Lampard but declined to elaborate on those feelings on Wednesday, saying he's focused on the national team.

The United States will play Cuba tomorrow in Washington and then visit Canada in Toronto on Tuesday, their opening two matches of the CONCACAF Nations League.