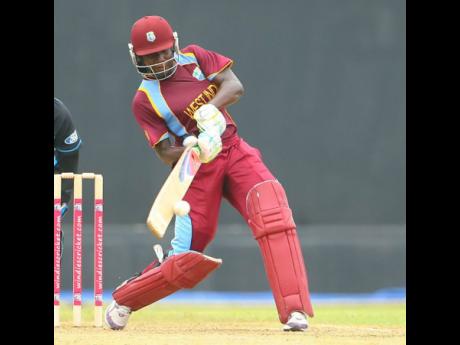 West Indies captain Stafanie Taylor has been named to lead the NLCB Revellers, one of two teams which will contest two inaugural T10 matches in the Caribbean Premier League later this week.

Revellers will comprise players from Jamaica, Trinidad and Tobago and Leeward Islands, while the other team, Courts Gladiators, will be led by Taylor's Windies teammate, leg-spinner Afy Fletcher, and will be made up of players from Barbados, Guyana and Windward Islands.

The first T10 match, labelled the NLCB Challenge, will be played today at the Brian Lara Stadium as the supporting act to the crucial CPL Twenty20 semi-final between Trinbago Knight Riders and Barbados Tridents.

Saturday's second game, the Courts Invitational, will be the precursor to the final at the same venue between Guyana Amazon Warriors and the winners of Thursday's semi-final.

Taylor praised the move by organisers, pointing out it was the first step towards women's franchise cricket in the region.

"It is very pleasing to have an initiative such as this that the CPL has done for women's cricket in the Caribbean," said the Jamaican.

"It's a long time coming to potentially have a women's T20 franchise tournament here in the West Indies, bringing international players here to our conditions and pitches, just as we go to their leagues.

"No doubt this will aid Cricket West Indies in growing women's cricket in the region."

Fletcher, who has become a fixture in the international side, said the initiative was a means of also growing the women's game in the Caribbean.

"I think that it's a great idea. Women's cricket is rapidly growing so kudos to the persons for taking the initiative to find different avenues to expose the talent of the ladies of the Caribbean," she noted.

"Knowing that we have a small pool of female cricketers, I strongly believe that this is a stepping stone to move forward and also a way of attracting the eyes of the young girls across the region."