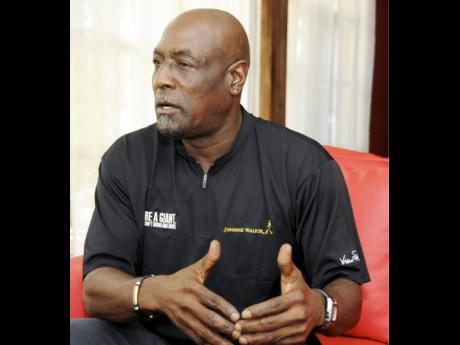 CMC – Sir Vivian Richards says West Indies cricket has reached a “crossroads” and believes strategic long-term planning by the Ricky Skerritt-led administration will be paramount if the sport is to rebound in the region.

Pointing to the Caribbean side’s disastrous performance at the ICC World Cup in England earlier this year and their steady slide down the rankings, the legendary former Test captain and master batsman conceded the team’s struggles had reached a new low but said he would back any initiatives by Cricket West Indies aimed at turning the situation around.

“It would have been a setback, the last meaningful tournament we would have participated in, that was the World Cup in England,” Sir Viv told the Line and Length cricket podcast.

He continued: “We are basically at a crossroads where our cricket is concerned. I think we need to get up the [rankings] and we need to find ways and means of doing that. The planning factor [is important], not just for the series we have ahead but also for the future and these are things we need to take in mind.”

West Indies produced their worst-ever showing at a 50-overs World Cup last July when they won just two of their 10 matches to finish ninth of 10 teams – only above minnows and debutants Afghanistan.

They thrashed Pakistan in their opener but then never won again until their final match against the Afghans, as a campaign which promised much fell apart spectacularly.

Sir Viv, whose phenomenal hundred won West Indies the 1979 World Cup and their last to date, said it was critical the administration put the disappointment behind them and involved all stakeholders going forward.

“There should be planning now,” Sir Viv stressed.

“The disappointment in the World Cup and all that sort of stuff, we’ve got to look ahead and that’s going to take [planning].

“We must get behind one another and look to move forward and as I said, hopefully the planning in the future will get better and the ending after the start will be more progressive.”

Following the World Cup, CWI moved to overhaul the leadership infrastructure of the team, appointing Kieron Pollard as captain of the white-ball units while hiring Phil Simmons as head coach on a four-year contract.

The board also revamped the selection policy and appointed new panels for the men, women and youth sides, in a move aimed at creating enhanced transparency and building stronger representative West Indies sides.