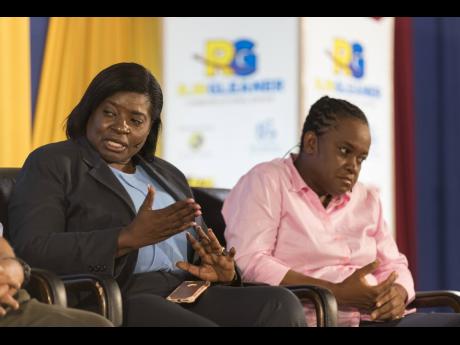 Newly elected president of the St Catherine Football Association, Elaine Walker-Brown, says that she has been working vigorously to ensure that all their parish competitions are sponsored whenever the new season begins.

Walker-Brown, who has been serving football in the parish for more than two decades, was elected to the post last month after defeating long-time vice-president Ricardo Valentine at the association's annual general meeting earlier this month.

The veteran administrator told STAR Sports that she has been receiving a lot of positive feedback from prospective sponsors and she is looking forward to great things this season.

"We are going to corporate, because I have called some already and I was speaking to some before the elections, and so the interest is there," said Walker-Brown.

"We want to get back to the football to be very attractive and we look at how we can bring back North Portmore to the central league, and one of the ways we are going to do [that] is to demolish Division Two and bring everyone to Division One."

She continued: "There were no sponsorship in Division Two and so we want [to] zone them Portmore North and Central and get back the spectators together and get back quality football up to a high standard."

She pointed out that she has received a lot of positive feedback from the clubs since her instalment to the post and, therefore, she will be working assiduously to ensure that the association is successful.

"The clubs are totally behind me and they are happy for the move, and everybody is ready and raring to go. A lot [of] persons have heard about me, but a lot of them didn't know that I was so knowledgeable and so firm, and so they expect great things," Walker-Brown said.

"There is a lot of work to be done, but I am getting the support, so I am not worried about accomplishing my goals for the association." She also noted that the parish currently has 43 registered clubs.