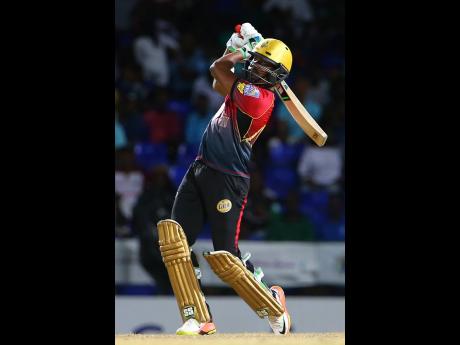 CMC - West Indies left-hander Darren Bravo says his major aim during the ongoing Super50 Cup will be to regain his form and help Trinidad and Tobago Red Force go deep into the tournament.

The 30-year-old opened the domestic 50-over tournament with an unbeaten 115 which helped fire the Group B hosts to a dominant eight-wicket win over Windward Islands Volcanoes last Friday.

"[I have] no goals [to necessarily score more hundreds], just going out there and enjoying the game as much as possible and spend time in the middle," Bravo said after scoring his seventh List A hundred.

"[I was] happy to get a good start and get back my confidence going. [Now] just want to continue helping my team as best as possible being one of the most experienced guys in the dressing room.

"I won't always get the big innings but once I contribute and help the youngsters I'll be happy."

Bravo was recalled to West Indies duty late last year following a two-year spell on the sidelines but his form across all formats was less than flattering, and he was subsequently dropped for the ongoing series against Afghanistan.

He wasted little time in reminding selectors of his quality, however, striking five fours and eight sixes in a 127-ball as Red Force effortlessly chased down a target of 239 at Queen's Park Oval.

"Really and truly I just wanted to spend time out in the middle and was happy I was able to do that," Bravo explained.

"I think the wicket was a bit easier in the second innings, the ball was coming on to the bat a little more. It was all about giving myself a little time. I know my strengths so it was just a case of trying to execute as best as possible and trying to be there at the end for my team."

"I'm happy for him," Bravo said of Solozano.

"He has been putting in a lot of hard work, spending a lot of time in the nets, hitting a lot of balls. What I was really happy about is that when we lost two early wickets, he was able to handle the pressure pretty well.

"I think our communication was pretty well as you all could see, he played to his strengths and that was the most important thing."