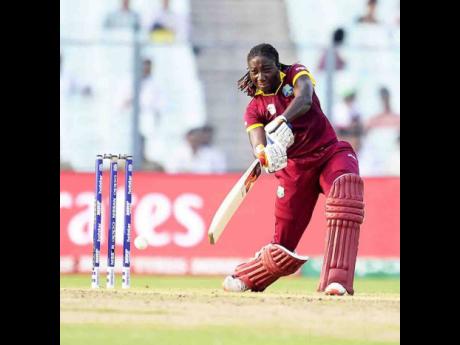 CMC - Injury has ruled captain Stafanie Taylor out of the remainder of the Twenty20 series against India, dealing a serious blow to West Indies' chances of making a comeback in the five-match rubber.

Cricket West Indies said yesterday that Taylor had sustained a grade one medial collateral ligament sprain during the third One-Day International against the Indians last Thursday, and would require a two-week recovery period.

"It is very disappointing to lose Stafanie at this crucial time and she will no doubt be missed but her health and recovery are of utmost importance," said chief selector Anne Browne-John.

"We have the ICC T20 World Cup in a few months and it is critical that Stafanie gets the time to recover and return to full fitness."

Veteran off-spinner Anisa Mohammed, who led the Windies in Saturday's T20 opener, will continue as captain for the remainder of the series with Shemaine Campbelle as her deputy.

Meanwhile, the 28-year-old Taylor has been replaced by uncapped fast bowling all-rounder Cherry-Ann Fraser, who hails from Guyana.

"Cherry-Ann Fraser is a young Guyanese all-rounder who was in the last camp and we were impressed by her performance," Browne-John said.

"Therefore having her join the team now will get her that experience to further her development."