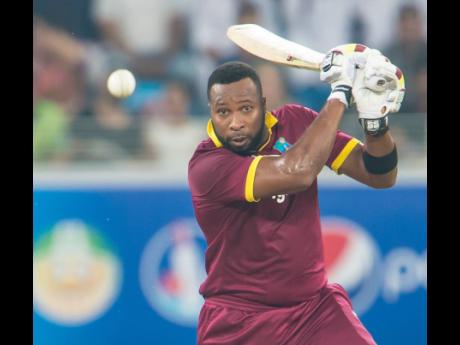 Captain Kieron Pollard has praised West Indies’ killer instinct after they completed a rare series whitewash on Monday by sweeping the three-match one-day series against Afghanistan.

The Caribbean side had wrapped up the series last Saturday when they took a winning 2-0 lead but produced another clinical effort in the third way to come away with a five-wicket win.

“Despite the result that may happen, it’s a matter of improving as we go along. We knew we hadn’t [whitewashed a team] in a while but again, when teams have us in these sort of positions, they put their foot on our throats so it was a perfect opportunity to come out and show we have that venom inside of us.”

He continued: “We knew as well we would be going into this game with an inexperienced bowling line-up so give and take 20, 30 runs, if you look at it, it was the most Afghanistan scored in this series.

Set 250 for victory, West Indies were in trouble when they lost two cheap wickets with just four runs on the board in the third over but opener Shai Hope stroked his seventh ODI hundred to rescue the run chase.

He finished on 109 not out to move his aggregate for the series to 229 and his career average to 50, and was subsequently adjudged Man of the Match.

Pollard said the successful run chase was evidence of the team plans which the players executed efficiently.

“Everything we do we try and do it with a method. Sometimes it’s going to work, sometimes it’s not going to work but once you have a process and you’re thinking, I think that’s better than coming out and looking sort of brainless,” Pollard explained.

“Well batted to Shai, he continues to show the sort of batsmen he is; Roston Chase at the end [was also great] … Brandon King the way he looked at the crease and the bowling line-up, restricting any opposition to 240-odd in a 50-over game was always good, and again I just want to commend the guys and the management staff for coming out here and winning this series.”

West Indies have had a rough time this year in ODIs, finishing ninth of 10 teams at the ICC World Cup in England, then suffering a 2-0 series loss at the hands of India in the Caribbean last August.