Humble One - Mourinho says he is emotionally stronger at Tottenham 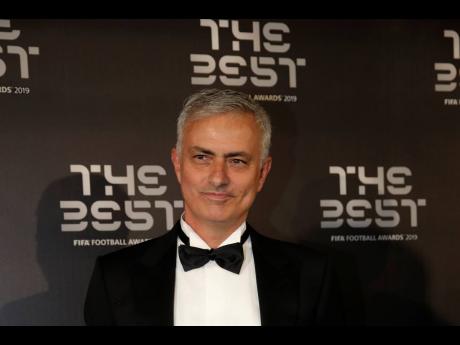 After 11 months analysing how his reign at a fractured Manchester United ended, Jose Mourinho believes that he is taking charge of Tottenham emotionally stronger.

The Portuguese was handed a route back into English Premier League management this week following Mauricio Pochettino's firing.

"I'm humble enough to try to analyse what I did in my career," Mourinho said on Thursday, "the evolution, the problems, the solutions.

"The principle of the analysis was not to blame anyone else."

Mourinho first arrived in England at Chelsea in 2004 calling himself a "special one".

Asked if he was no longer as brash, Mourinho said: "I was always humble, but you didn't understand that."

It is the first time Mourinho has been hired by a team in midseason since 2002, when he was hired by Porto - the team that set him on the path to managerial superstardom with Champions League glory two years later.

"Eleven months were not a waste of time," Mourinho said. "These 11 months were a time to analyse, to rethink, to prepare and anticipate things.

Falling out with players and the club leadership - even the media at times - was clearly among the mistakes at Real Madrid, Chelsea, and United.

"I'm stronger," Mourinho said. "When I say I'm stronger ..., [I mean] from the emotional point of view. I'm relaxed. I'm motivated. I'm ready. I think the players felt that in two days."

Mourinho's first game is a London derby at West Ham on Saturday, with Tottenham 11 points from the four Champions League places.

Tottenham haven't won the league since 1961.

"We can't win the Premier League this season," Mourinho said. "We can ... next season."