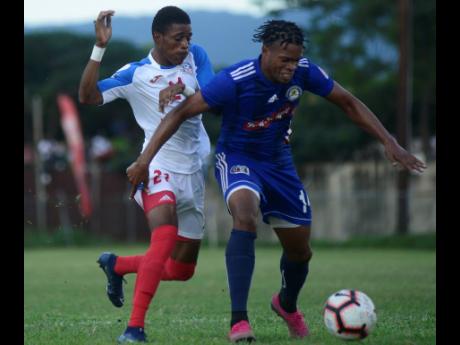 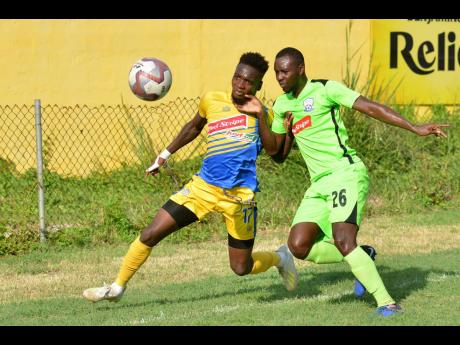 Mount Pleasant were able to bounce back after their defeat to Portmore United on Sunday with a comfortable 4-0 win over Tivoli Gardens in midweek. It has now elevated them to 25 points, eight behind runaway leaders Waterhouse. The win was the perfect response to what was an off day for the Paul Davis-coached team and have the second best home record in the league amassing 16 points. Only Waterhouse have a better home point total with 19. They travel to Arnett Gardens for an important Monday night game.

It was a tough defeat to rivals Tivoli Gardens on Monday, but they stormed back with a 4-2 win away to struggling UWI FC. The Alex Thomas-coached team are now in third place in the table with 22 points three behind second-place Mount Pleasant, after an up-and-down first round. Incidentally, they will host the St Ann-based team on Monday with a great opportunity to close the gap.

Dunbeholden pulled off a massive away win over the weekend against Harbour View at Compound and had to settle for a 1-1 draw against Humble Lion. The four points from the two games leave the club one point away from the top six with 18 points, while still in eight place. Dean Andre Thomas has almost equalled his total goal-scoring output last season scoring his seventh of the campaign against Humble Lion and the season is just approaching December. This team cannot be underestimated and may have a chance if their form continues to really make a run for the top six.

Damian Stewart managed his first win as Harbour View head coach with a 1-0 win over Molynes United. They are now back in the top six with 19 points but there is still much work to be done to improve their consistency. Harbour View host Cavalier SC with an eye for back-to-back wins.

Lijasu Simms's fall from grace is apparently complete. After seven games unbeaten with Molynes United to start the season, their recent form has been miserable as they are now winless in eight games, losing three straight games twice in that span. The poor performances have led him resigning as head coach with reports indicating that Calvert Fitzgerald will take over in the coming days. They are still in the top six despite the dreadful run, but Fitzgerald will have a tall order to stop the free fall.

UWI defensive errors led them to drop points at home against Cavalier and were only able to get a 1-1 draw. In midweek, they were hammered 4-2 by Arnett Gardens. The only reason that they are not in the drop zone is because of goal difference and Tivoli lost their midweek game to Mount Pleasant. The pressure is on Andrew Peart to find something to turn around his team's fortunes.

They had an excellent come-from-behind win over their rivals Arnett Gardens in the first win since Admiral Bailey returned to the club. But they were unable to keep the moment as they were trounced 4-0 by Mount Pleasant. The result leaves them in 11th place with 12 points with a weaker goal differential than 10th place UWI. They host the league leaders Waterhouse on Sunday hoping that a win against the league's best team could start a consistent run.

Vere United managed to get their first win since their opening 2-0 victory over Portmore in September as they defeated Molynes United 2-1 on Sunday, but they capitulated in midweek against Cavalier losing 6-1. Sunday's win was a brief shot of confidence that they desperately needed and they have to take the positives from that game and hope they can be able to build on it to get points consistently. It's the only chance they have of fuelling a run to avoid relegation.