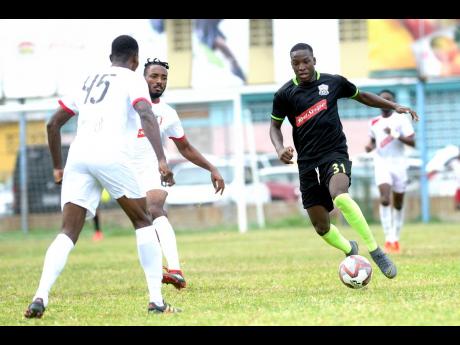 Eurado Cornwall, chairman of Molynes United, told STAR Sports that Fitzgerald, who coached at the club during their Super League campaign last season, is now the man in charge of the team.

"Simms has resigned and we want to thank him for his services to the club," said Cornwall.

"Fitzgerald is the new coach, of course, and we are very happy to have him back at the helm at Molynes United," said Cornwall.

Simms' resignation comes after Molynes United suffered their sixth defeat in eight matches in the RSPL when they were beaten 1-0 by Harbour View at the Constant Spring Sports Complex on Wednesday.

Molynes United, who began the competition with six straight wins, are third in the standings on 20 points.

Cornwall added that Fitzgerald is a vastly experienced coach, and he is very confident in his abilities to turn around the fortunes of the club very quickly.

"Fitzgerald has always been my general because he has class, he has technique, and he has all what it takes to be a successful top-flight coach in this country," said Cornwall.

"I know that he will do an excellent job for us because the programme that you have seen today at the club is the work that Fitzgerald has put in place from the Super League last season."

"I know that he is the man to lead this team forward, and his job now is to get the team mentally prepared to play football, and I am confident in his abilities to do the job."

The much-travelled Fitzgerald has had coaching stints at Tivoli Gardens, Waterhouse, Rivoli, and Olympic Gardens in the past.

Molynes will play away to Humble Lion in their next game on Sunday.