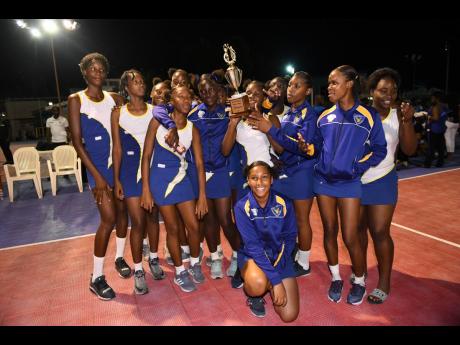 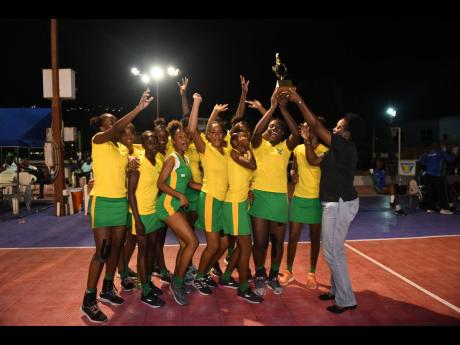 It was a one-way traffic for the Christopher Smart coached girls from Mountain View Avenue who dominated for the first three quarters after leading 9-5, 17-10, and 21-15 before staving off a late challenge from Norman Manley in the final quarter. This was after Norman Manley came within one goal as Excelsior hung on to a 22-21 lead before holding in the end, to end in style by a four-goal margin. Goalshooter Rashada Robinson, with 16 from 27 attempts, top scored for Excelsior, and goal attack Chamoi Monahan assisted with 10 from 20. For Norman Manley, goal attack Sheneile Bentley led with 10 from 17, while goalshooter Leisha Smith ended with nine from 17.

Smart says despite winning the competition, he has identified areas the team needs to improve.

“I’m very happy for the win but a bit disappointed with my team in the final quarter as they brought back Norman Manley into the match,” he said. “This is something I will have to fix, especially with the shooters before the all-island final next week.”

As expected, it was very close going in the junior encounter as both teams went tit-for-tat from the opening whistle with the score locked up at 5-5 after the first quarter.

Both teams continued to trade goals during the second quarter before Gaynstead took a narrow 10-9 lead going into the half time break.

At the start of the third quarter, St Hugh’s scored first to take a 10-9 lead and it continued to be close during the quarter as it was 19-19 at the end of the quarter.

St Hugh’s got several chances to put away the game very late but careless turnovers cost them as Gaynstead kept their cool to eke out a narrow one-goal win to make it three titles in a row. Goal attack Quanna Aitken, with 20 from 28, top scored for the winners while Akexous Barton had seven from nine. For St Hugh’s, goalshooter Shade Williams had 24 from 30.