Bailey gets red for bad word 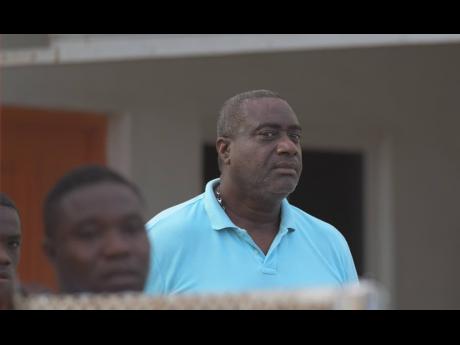 Tivoli Gardens’ Technical Director Admiral Bailey looks on after he was shown a red card during his team’s Red Stripe Premier League match against Waterhouse at the Edward Seaga Sports Complex yesterday. 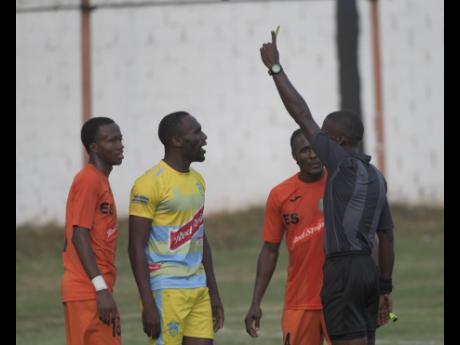 Technical director of Tivoli Gardens Football Club Glendon 'Admiral' is now facing a one-match touchline ban and a possible fine from the Jamaica Football Federation (JFF) after he was ejected from yesterday's Red Stripe Premier League match against Waterhouse.

Bailey was shown a straight red card by main referee Christopher Mason in the 70th minute for verbally abusing assistant referee Damion Williams, during the match which was played at the Edward Seaga Sports Complex.

Tivoli also ended the match with 10 men after defender Ranike Anderson was sent off after picking up a second yellow card in the 74th minute as Waterhouse won 1-0. Stephen Williams scored the lone goal in the 42nd minute. Waterhouse, who were beaten by Portmore United in last year's final, have increased their lead atop RSPL standings to four points.

The defeat was Tivoli's ninth of the season as they remain in ninth place in the table with 21 points.

"Bailey's absent will not be a blow to the team because a technical director can easily stay in the stands and give instructions to the team," said Rose.

The defeat was Tivoli's first loss in the last four matches and, according Rose, his players failed to play according to the coaching instructions and that is why they lost the game.

"I think the team was below and was a bit flat and they didn't follow instructions based on how we have been training," he said.

"We just have to pull up our socks and come again because we have the UWI on Sunday and we just need to go there and collect all three points," Rose said.

Waterhouse's victory, their first win in their last four matches and head coach Marcel Gayle said they are very happy for the win.

"We have been playing well but it's just unfortunate that we have not been winning. But we are grateful and we just have to take it a game at a time," he said. "We are grateful for this victory because it is a win away from home and so we will just move on to our next game,"Gayle said.