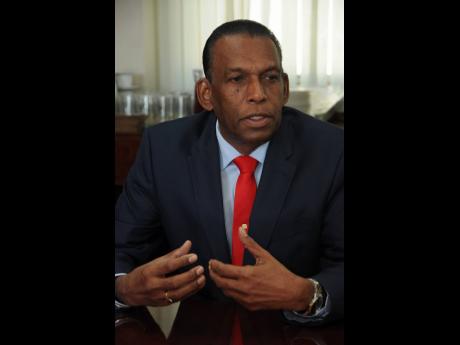 With two Jamaican players making the journey to South Africa to represent the Windies in the ICC Under19 World Cup later this month, Jamaica Cricket Association (JCA) president, Wilford 'Billy' Heaven, says this is a positive indication of the work being done at the youth level.

Heaven says that the opportunity afforded to these players is as a result of the work being done by the JCA to ensure that the players are able to maintain a continued development in their sport.

“As I have said on several occasions, the strategy of Jamaica’s cricket is a player-centric strategy in that, we intend to build players,” Heaven said. “From that strategy will come winning teams. We are seeing glimpses of that and we are very hopeful that in the near future, we will be putting out winning teams.”

Heaven warned however that the only way that Jamaica’s cricket brand can improve is by ensuring that the players are able to make the proper transition to senior level. Here, he cited the current crop of U15 players who he believes have the potential to become the best players the region has produced in recent history.

“I like to go back to the U15 level because as you would appreciate, next year they will be U17 and then U19 after that,” he said. “If you look at these players, they are the best squad that we have put out in a long time. When you look at that U15 squad moving up, we expect most – if not, all – of those players to be involved going up to the senior level.”

With particular focus on that age group, Heaven says that with proper guidance, these players could be the key to allowing Jamaica to improve their competitive standing in regional cricket.

“We are getting there with the best in the region. We expect great improvement in age group cricket as far as Jamaica is concerned. We will be up there and we will be very competitive in years to come.”