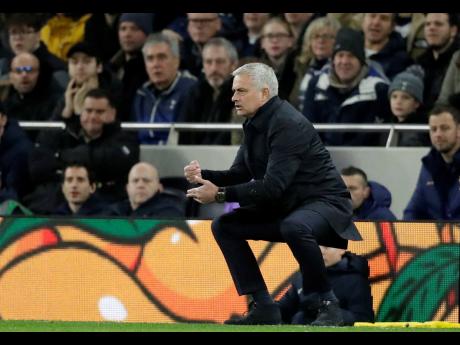 “I am waiting for news,” Mourinho said yesterday of the 21-year-old Fernandes, who has played for Portugal.

The arrival of Fernandes would give Tottenham another option in midfield after Mourinho saw France international Moussa Sissoko ruled out until April after undergoing knee surgery.

It would also mean that Mourinho might not have to rely on Christian Eriksen, who has been linked with a move away as Tottenham looks to offload a player who will not commit to a new deal.

Eriksen is out of contract at the end of the season, and his situation at the club appears to have angered fans, who booed off the Denmark playmaker in the 1-0 loss to Liverpool on Saturday after his poor display.

“If you ask me if I think this is the best Christian, I have to be honest and say no,” Mourinho said. “If you ask me if I know the reasons, I am not an idiot, I am in football for many years and know clearly a player in this situation.

“I am not blaming or criticising the player. I am just saying it is normal a player in this situation doesn’t perform at the highest level. But I can also say that he is helping us in matches that he is playing with us.”