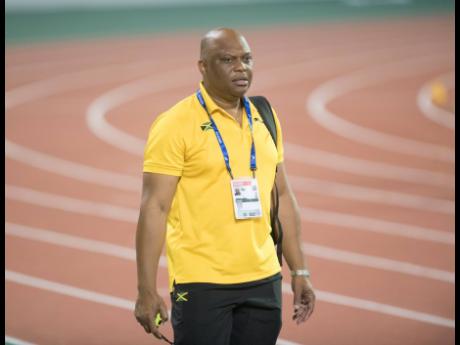 Canadian sprinter Brendon Rodney says has made significant strides since joining the Maurice Wilson-led Sprintec Track Club three seasons ago, and he is now poised to achieve great things this year.

The 27-old-year, who was born in Canada to Jamaican parents, was a semi-finalist in the 200m event at last World Athletics Championships, held in Doha, Qatar. Rodney has a personal best time of 10.18 seconds in the 100m and 19.96 seconds in the 200m.

Since achieving 19.96 at the Canadian Championships in 2016, Rodney has since failed to do the distance in under 20 seconds, clocking a season's best of 20.33 seconds last year.

He told STAR Sports that Wilson has worked assiduously to improve his technique this season, and he is hoping to run much faster this year.

"When I came to Mr Wilson, I was just off injury and he has helped me to rehab and get back to running world-class times and being able to compete against the best and that is some of the great things of being here," Rodney said.

"I think this year will be a great year in terms of the times that I am hoping to achieve. I have learnt a lot from him in terms of my starting, which is one of the weaker points because I have improved significantly in this area."

He says that his aim this year is to secure a spot on the Canadian Olympic team for the 200m and to get a medal at the Tokyo Games.

"Making the Olympic team is just a stepping stone, it is a medal that I am training for and to run sub-20 seconds again will be amazing," he said.