Fitness no problem for Bravo 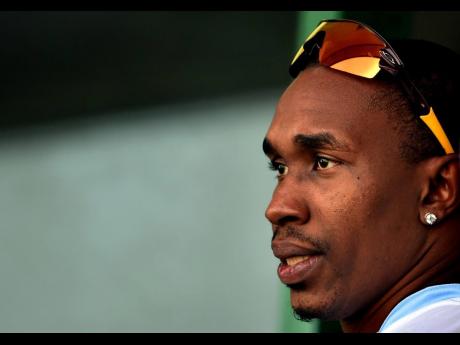 Veteran all-rounder Dwayne Bravo does not believe his match fitness will be a major issue in the Twenty20 International series against Ireland starting today in Grenada, and said he was anxious to make his presence felt in the squad.

The 36-year-old has played little competitive cricket of recent after a finger injury ruled him out of last September's Caribbean Premier League. His only real action since then was his campaign in the T20 League in Abu Dhabi last November when he helped Maratha Arabians capture that title.

"The good thing about me at this stage of my career is that yes, a lot of cricket is important, but for me, because of the experience I've gained over the years, I'm more concerned about my health, my fitness," Bravo, who was this week recalled to the Windies T20 squad following a 31/2 year break, told i95 FM here.

"So I spend most time working on my fitness. I do a lot of gym work. Obviously, I had the broken finger where I still do therapy for my finger just to keep getting it stronger, said Dwayne Bravo.

"Over the years, I know that despite not playing much cricket, I can still go there and compete and contribute in a very good way. For example, look at the last T20 league - I hadn't played any cricket in four months prior to that and I was still able to go there and deliver and win the title."

He added: "Since announcing my return in December, my mind and motivation was on this series, and now that I'm selected I'm very happy. It's an exciting young team [and] going in there I'll be the oldest person obviously, but that's good.

"I have a very good professional relationship with all the players there and I'm just happy I've gotten the opportunity to work with them now."

Bravo, a deceptive seamer, has taken 52 wickets from 66 T20 Internationals and is widely considered one of the finest exponents in the shortest format.

In announcing his return earlier this week, chief selector Roger Harper said the Trinidadian had been recalled with the "specific intention of bolstering our 'death' bowling", and Bravo said he believed this was an area in which he could make an impact.