I felt the love, says Bravo 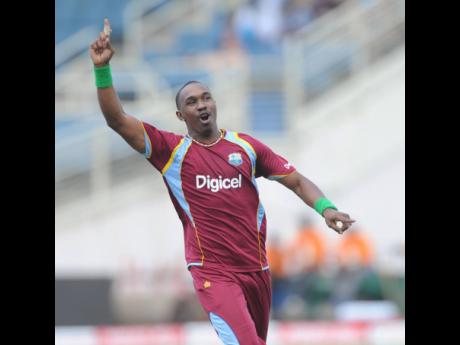 Returning all-rounder Dwayne Bravo says he was moved by the love from the fans despite ending on the losing side in Wednesday's opening Twenty20 International against Ireland.

The 36-year-old featured in his first match for West Indies in nearly three and a half years but the hosts failed to overhaul a challenging 208 at the Grenada National Stadium and slipped to a four-run defeat.

"It's good to be back. I am happy to be given this opportunity again to represent West Indies once more," said Bravo, who finished with two for 28 from four overs of medium pace and made nine.

"I feel the love from the people here in Grenada. Walking into the hotel, even the [staff] were happy ... those things make [me] feel really proud, and I am happy to be a West Indian. It's nice to be still loved and appreciated by the fans."

He continued: "It was not the result we wanted but, again in cricket, you win and you lose. Chasing over 200 is always a difficult chase but to lose by [four] runs shows a great team effort.

"Barring the result, the way how Evin (Lewis) batted, the way how (Lendl) Simmons batted [and how] Polly (Pollard), (Shimron) Hetmyer they played those cameos, [was pleasing]."

Bravo was recalled for the current three-match series which will conclude this weekend at Warner Park in St Kitts with a double-header.