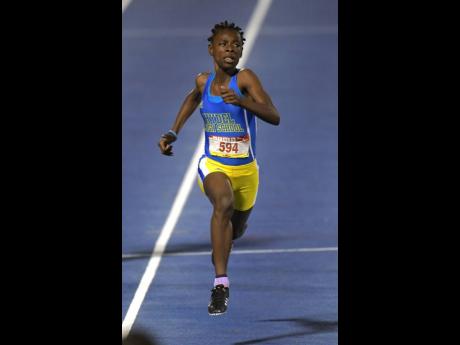 Hydel High had success on the indoor circuit at the Virginia Showcase Track and Field Meet which was held at the Liberty University Indoor Track Complex in Lynchburgh, Virginia, on the weekend.

It was a good day for the school as its relay medley team and athlete Alana Reid captured gold medals at the event.

The team consisting of Kerrica Hill, Oneika McAnnuf, Garrel Whyte, and Abbigail Mullings, in that order, clocked 4:06.90 minutes for the relay medley win. Reid won the 55m sprint in 6.95 seconds. McAnnuf had a top three finish in the 300m after clocking 39.22 seconds.