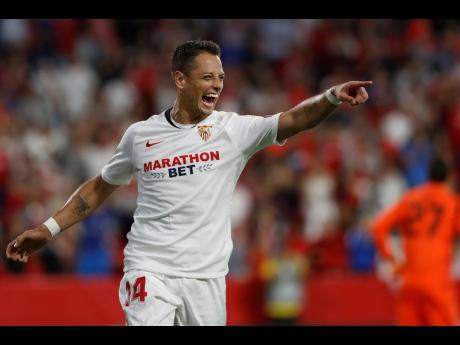 The LA Galaxy have signed Javier ‘Chicharito’ Hernández, bringing the Mexican star back to North America after a lengthy career in Europe.

The Galaxy announced the long-gestating deal yesterday for Hernandez. The striker will participate in his first training session tomorrow.

Hernandez is a designated player for the Galaxy and the effective replacement for Zlatan Ibrahimovic, who signed with AC Milan this winter after two outstanding seasons stateside. He will also be a compelling rival to Carlos Vela, who won the MLS MVP award last season during a record-setting performance for Los Angeles FC, the Galaxy’s upstart crosstown foes.

The 31-year-old Hernandez is the top goalscorer in the history of the Mexican national team, which has a fervent following among Los Angeles’ expansive Latino population. His arrival in Major League Soccer also is another boon for the league in its attempts to compete with Liga MX, Mexico’s top professional division and the most-watched pro league in the U.S.

“Javier has consistently scored goals in top leagues throughout the world and has been his country’s most successful player over the last decade,” said Dennis te Kloese, the Galaxy’s general manager and the former director of national teams for the Mexican Football Federation. “We think he can be one of Major League Soccer’s best attacking threats and help our team in multiple ways.”

Hernandez had been with Sevilla since last September, appearing in only nine matches while struggling to get consistent playing time in La Liga. He joined the Spanish club after two seasons with West Ham in the Premiership, where his playing time also declined in his second year.