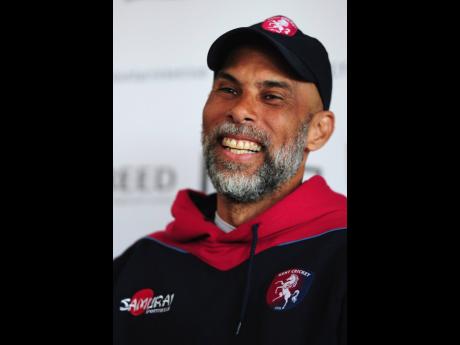 Former national coach Arnold Manders has been voted in as first vice-president of the cash-strapped Bermuda Cricket Board (BCB) a week after the clubs’ backing for the president, Lloyd Smith, sparked an exodus by almost the entire executive committee.

The walkout was in protest at Smith’s decision to bring in former West Indies Test captain Jimmy Adams as a guest speaker against their wishes.

But the clubs came to the rescue and voted against a motion to censure the president, who replaced Lloyd Fray in November 2017. Critics have termed Smith’s presidency authoritarian throughout.

However, at last Thursday night’s rescheduled annual meeting, Smith was upbeat about the future of the national sport after a new committee was sworn in, despite a slew of recent defeats at international level.

All but two of the vacant executive positions up for grabs at the meeting were filled, 60-year-old Manders, a former national team captain who later became national coach, among them.

“I think that we have a very strong executive that has come on board,” Smith said. “Obviously, we have a lot of new faces but we have guys that have been around the board before as well as people that suit the needs of the board.

“We have specialised people that we need so I think Bermuda cricket is looking good going forward with what’s coming up and where we are looking to progress to. I think we have a good collection of people on the board now.

“I am very optimistic about the future and, hopefully, we can hit the ground running.”