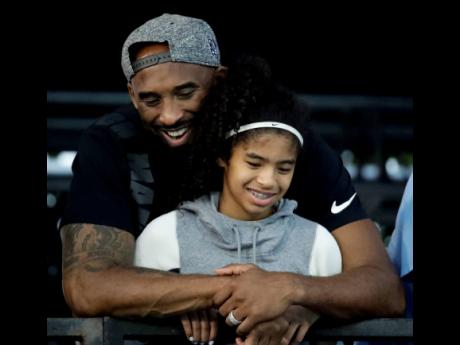 In this July 26, 2018 file photo former Los Angeles Laker Kobe Bryant and his daughter Gianna watch during the US national championships swimming meet in Irvine, California. Bryant, the 18-time NBA All-Star, who won five championships and became one of the greatest basketball players of his generation during a 20-year career with the Los Angeles Lakers, died in a helicopter crash yesterday. 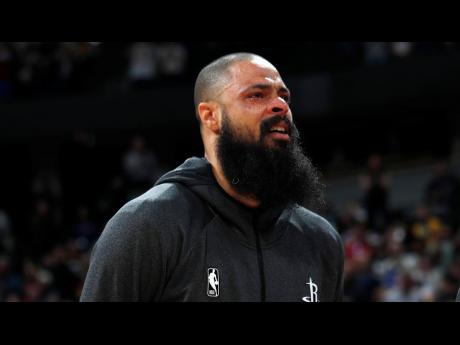 Houston Rockets centre Tyson Chandler cries during a tribute to Kobe Bryant before an NBA basketball game against the Denver Nuggets yesterday.
1
2

NBA players, coaches, entertainers and politicians took to social media and other outlets Sunday to express their shock and sadness over the helicopter crash that took the life of former basketball great Kobe Bryant, an 18-time All-Star and five-time NBA champion.

Pau Gasol, a former teammate of Bryant’s with the Lakers, tweeted, “Beyond devastated … my big brother … I can’t, I just can’t believe it.”

“I had never watched ball before that and that finals was the turning point of my life,” Embiid wrote on Twitter. “I WANTED TO BE LIKE KOBE. I’m so FREAKING SAD right now!!!!”

Former Lakers star Kareem Abdul-Jabbar tweeted that “Most people will remember Kobe as the magnificent athlete who inspired a whole generation of basketball players. But I will always remember him as a man who was much more than an athlete.”

The Spurs and the Raptors honoured Bryant at the start of their game Sunday.

They did not participate in the tip-off to start the game. Instead, Fred VanVleet took the ball and held on to it for a 24-second shot clock violation, to honour Bryant’s former number he wore with the Lakers. Dejounte Murry then did the same thing for the Spurs. The crowd was chanting “Kobe! Kobe!” as this was going on. Lonnie Walker IV is visibly upset. He was crying and wiping away tears during pre-game as the Spurs honoured Kobe with a moment of silence.