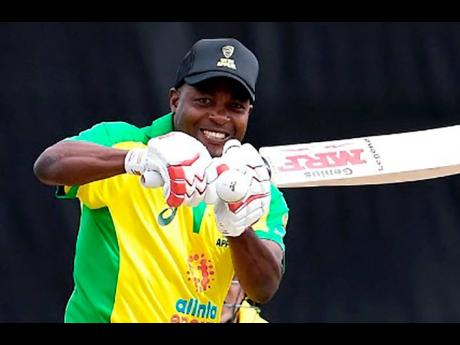 West Indies legend Brian Lara rolled back the years with a sparkling knock to headline the star-studded Australian bushfire relief charity match as organisers raised US$5 million from the event yesterday.

The left-handed Lara, one of the greatest batsmen to have played the game before retiring 13 years ago, reminded fans of his seemingly ever-present class with a stroke-filled 30 in Ricky Ponting XI's 104 for five off their allotted 10 overs.

Lara exuded the style that brought him 11,953 runs in 131 Tests, unveiling a series of lofted drives and straight hits, which brought him two sixes and fours.

He, like Ponting, all retired their innings to allow other batsmen a turn at the crease.

In reply, Adam Gilchrist's XI came up just short with 103 for six off their 10 overs, with former Aussie Test stars Shane Watson blasting a nine-ball 30 and Andrew Symonds chipping in with 29.

Former fast-bowler Courtney Walsh, who holds the West Indies record for the most wickets in Tests, also featured for the Gilchrist XI.